I have nothing to hide: Dharmendra

Dharmendra will soon be seen along with his two sons in the film Yamla Pagla Deewana: Phir Se. 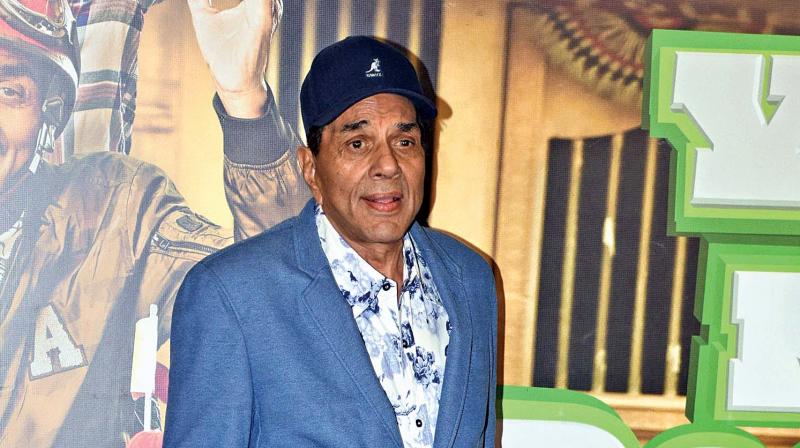 With almost every Bollywood filmmaker taking on a project based on the life of an eminent personality – be it a film star, a sportsperson, a politician, or a historical figure – veteran actor Dharmendra talks about a possibility of a biopic being made based on his life.

“I have always drunk a lot of alcohol, but I’ve never done anything that has been termed wrong or disgusting. So if a biopic is made on my life, nothing needs to be filtered. I have never shown any kind of infidelity or betrayal towards anyone in my life,” the actor says, perhaps referring to the blatant whitewashing that Rajkumar Hirani has been called out for with regard to his Sanjay Dutt-biopic, Sanju.

Alluding to his relationship with Hema Malini but without actually mentioning her name, Dharmendra adds, “When I was in love, there was a lot of purity attached to it. I have nothing to hide in my life story.”

The actor says that through people have spoken to him about a biopic, he hasn’t given it much thought. “I have been told to write an autobiography. But I have stayed away from things that force me to showcase my achievements. It is not that I do not want a biopic to be made, but I don’t know when it will happen. I guess there is a right time for everything,” he says.

Dharmendra will soon be seen along with his two sons in the film Yamla Pagla Deewana: Phir Se.