How will Shraddha Kapoor decide in between Hrithik Roshan and Ranbir Kapoor?

It is said that Prabhas has been approached to play the role of Ravana whereas talks of Hrithik playing Ram is going on. 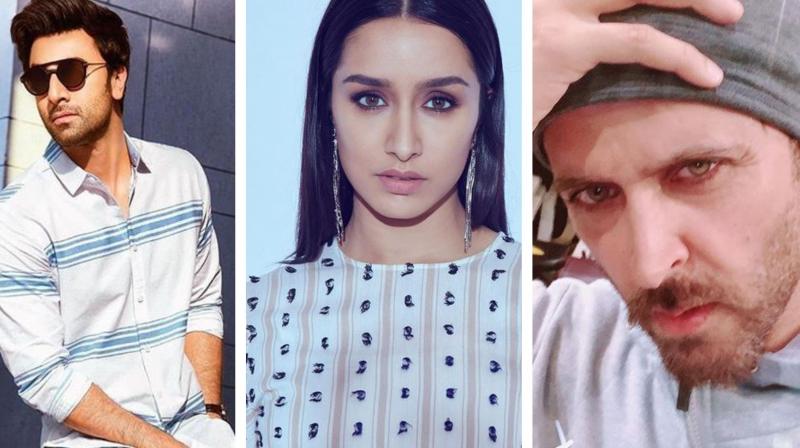 Mumbai: Shraddha Kapoor who is currently basking in the success of Sujeeth Reddy’s ‘Saaho’ and Nitesh Tiwari’s ‘Chhichore’, is on every directors wish list. She’s currently the most successful actress in the film industry whose getting interesting and unique genre films in her kitty.

If we go as per the reports, Luv Ranjan, who had been accused in the #MeToo movement, faced trouble when Deepika Padukone exited from one of his upcoming films. Now as per the latest update Shraddha was approached for the film starring Ranbir Kapoor and Ajay Devgn.

Interestingly, if reports are further to be believed she has also been offered Nitesh Tiwari’s historical drama Ramayana. It is said that Prabhas has been approached to play the role of Ravana whereas talks of Hrithik playing Ram is going on.

A trade source in Mid- Day reveals, "Shraddha was approached for Luv Ranjan's next opposite Ranbir. However, she may not do the film as she is already in talks for Nitesh Tiwari's Ramayan. Nitesh has approached Shraddha for the role of Sita. Since both projects will kick off around the same time next year, Shraddha is keen to do the period drama."

Shraddha has to make a wise choice because the release date of both the movies are clashing. We know the fact that Nitesh has given her great success at the box office so maybe her interest may weave on his next film.

Meanwhile, Shraddha will next be seen in Street Dancer 3D which will be the reunion of hers with Varun Dhawan, after ABCD 2. The Remo D'souza directorial is going to release on 24th January 2020. On the other hand, Baaghi 3 starring Tiger Shroff. The movie is slated to release on 6th March 2020.