Deepika Padukone and Ranveer Singh wedding: Sonam, Alia and others wish the couple

Confirming all the rumours speculating their November wedding, DeepVeer made a formal announcement of their wedding dates. 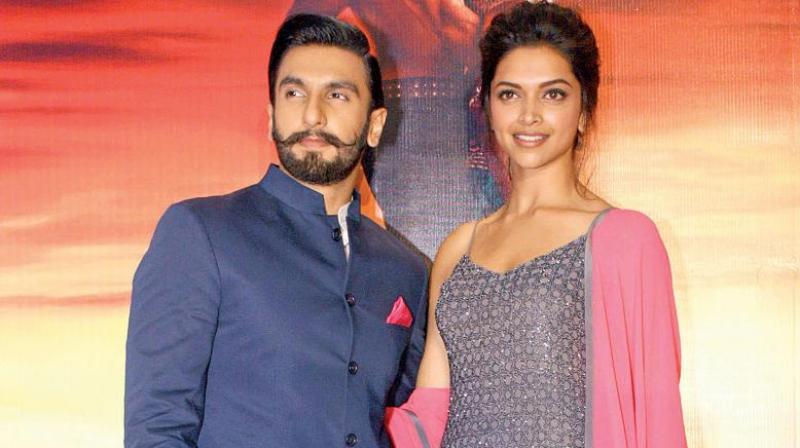 Mumbai: The most talked-about Bollywood couple, Deepika Padukone and Ranveer Singh, recently confirmed that they are getting married. Confirming all the rumours speculating their November wedding, they recently made a formal announcement of their wedding dates.

The couple shared the happy news of their wedding with their fans in an Instagram post. The two revealed that their wedding rituals will take place on November 14 and 15.

Soon after the announcement, celebrities started showering their love and wishes on the couple.

Sonam Kapoor, on the other hand, wrote on Ranveer's post, "Congratulations! And tons of love to both of you."

While Sonakshi Sinha expressed her happiness, commenting, "Yayyyyyyy!!!!!", Kriti Sanon also wished both of them, writing, "Congratulations lotss of love!!!

Many other celebrities including Bipasha Basu, Tiger Shroff, Badshah, Richa Chadha, Diana Penty and Abhishek Bachchan, among others, also extended their greetings to the two.

Bollywood's 'Bajirao' and 'Mastani' have been inseparable since Sanjay Leela Bhansali's 'Goliyon Ki Raasleela Ram Leela', what's more interesting is that the film had released on 15 November 2013, which is also their wedding date.

The duo, always maintained a low profile and never openly confirmed their relationship. However, there was enough display of affection for people to make out that the two were indeed the lovebirds.