The trailer will be launched in 9 cities including Delhi, Bengaluru, Chennai and Hyderabad. 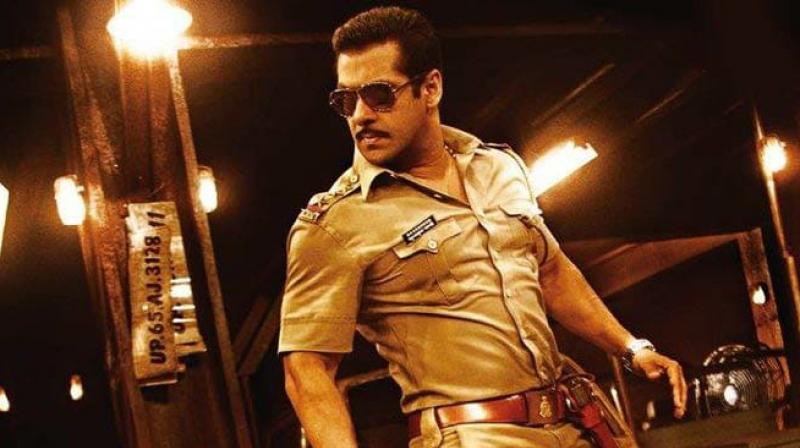 Mumbai: During the trailer launch of Dabangg 3, 50 members of Salman Khan Fan Club will pay tribute to the actor as they will dress up as their favourite cop Chulbul Pandey. Salman Khan's iconic character has become a sensation amongst his fans ever since the first movie released, the fans are all set to surprise the actor with their Chulbul Pandey avatar.

After it was released that Salman Khan will attend all the promotional events in his Chulbul Pandey avatar, the fans from his Mumbai-based fan club have decided to wear the same attire at the event. The fans will reach the theatre before the superstar's arrival. The trailer will be launched in 9 cities including Delhi, Bengaluru, Chennai and Hyderabad.

Not only this, there be will an online contest and the winner will get a chance to interact with Salman Khan. The contest is based on explaining in 150 words why the participant thinks that they are Chulbul's biggest fans. Salman Khan will interact with winners across the country through video-conference and selected fans in Mumbai will get a chance to witness the actor live.

Earlier, posters of Chulbul Pandey, Rajjo, and Balli were released and recently, adding to the list was the poster of Saiee Manjrekar as Khushi.

The audiences are eagerly waiting to see the trailer of the film which will be launched at a grand event on 23rd October. The much-awaited, Dabangg 3 is directed by Prabhudeva and produced by Salma Khan, Arbaaz Khan and Nikhil Dwivedi under the banner of Salman Khan Films and is slated to release on 20th December, this year.