Hrithik Roshan who has been hailed for his transformation in War has also been praised for his uber cool look in the film. 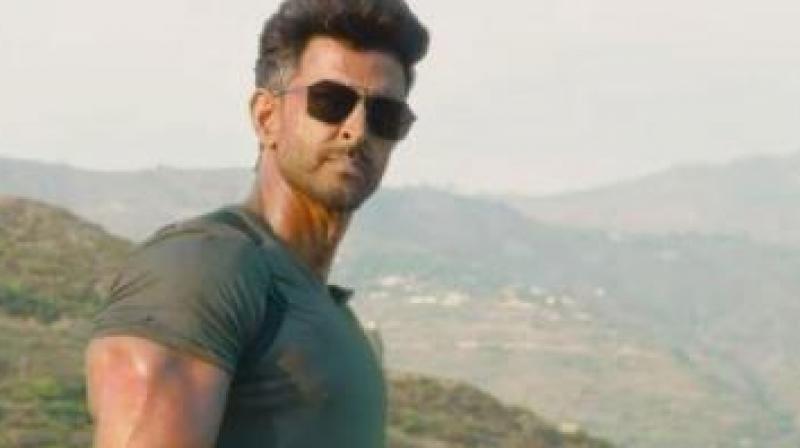 Mumbai: Superstar Hrithik Roshan who has been hailed for his transformation in War has also been praised for his uber cool look in the film.

The actor's look in the film had become the talking point across forums as Hrithik's look from War was designed to perfection keeping the character in the mind.

Celebrity stylist Aalim Hakim recently revealed in his Instagram post that Hrithik Roshan is the reason behind his highly popular salt and pepper look as it was Hrithik's suggestion to consider the possibility of the said look, as a part of Decoding K.A.B.I.R campaign.

The stylist posted a video and captioned it by writing,"As a hairstylist, it is always thrilling to be provided with opportunities to experiment. While Kabir allowed me to tap my imagination, it was a challenge to style one of the most stylish men in Bollywood- Hrithik.

Our first task was to ensure that Kabir’s look was different from Khalid’s- the initial plan was to give Kabir long hair. Toiling with the team for more than 8 hours daily for over 3 days, we explored multiple possibilities including wigs and extensions. However, none of us were satisfied with the result.

It was then that we decided to go short - risky as we had to ensure that we weren’t repeating any of Hrithik’s past looks. During the brainstorming process we felt that a sleeker haircut with defined sides could work.

Hrithik suggested that we consider the possibility of a salt and pepper look. He felt that the greys would define the character better and add to the experience and grace that Kabir has, as a mentor. Initially we were all taken aback, but it was his absolute conviction that gave us the courage to move forward.

Scaling layers, I tapped into the shades of grey with childlike excitement as Hrithik sat calm, composed and patient as ever.

Ps: Through the video you’ll see me switch to a white shirt (thank you Anaita 🙂), this is because Hrithik is extremely particular about the precision of a cut and a white background helps the minute details stand out. A glimpse into the dedication and attention to detail he has towards every aspect of character building for his role. 👍🏻 @hrithikroshan @itssiddharthanand @anaitashroffadajania @sunny_botr @vjy600 @lakshmilehr @jayasaha @vinraw
#decodingkabir #war #behindthescenes #hrithik #hrithikroshan"

Hrithik Roshan has been ruling over our hearts with his performance in his recently released film War.

Apart from his great acting skills and dance moves, superstar Hrithik Roshan is also known for his impeccable dressing sense and style. There is no denying the fact that he is one of the most stylish actors in the whole of tinseltown and when he dresses, he dresses to kill.

Hrithik Roshan recently won the title, `Gamechanger of the Year award` at an award function and has been enjoying all the love he has garnered for his powerpacked performance in his films.