The title of the film is derived from a popular song of the same name in the Saif-Kareena starrer 'Agent Vinod’. 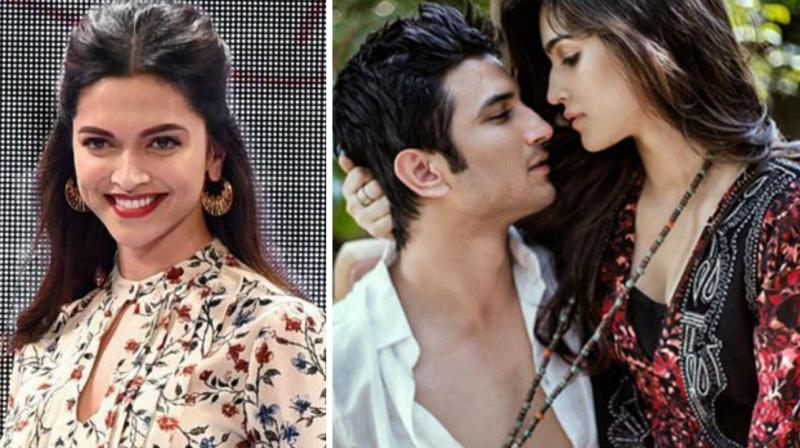 It's not clear if Deepika will star alongside Sushant and Kriti in the film.

Deepika Padukone had worked in Dinesh Vijan’s production ‘Cocktail’ and the duo are all set to work together again.  The actress is all set to feature in a song in his directorial debut ‘Raabta’.

Incidentally, the title of the film is derived from a popular song of the same name from the Saif and Kareena Kapoor Khan starrer ‘Agent Vinod’, which he had produced with Saif. The song is all set to come out in new form in this film and Deepika will be featuring in the song.

The actress has already shot for the song in Budapest, Hungary and the song has been composed by Pritam, the music composer of the original song, reported Mid Day.

Vijan says, "Since the title was conceptualised first, I wanted to use the song in this movie. I was having an elaborate discussion with Pritam one day and we both decided to use the track. It also happens to be one of Deepika's favourites."

The original song, in fact, already had three versions in the soundtrack of the film with singers like Arijit Singh, Joi Borua, Hamsika Iyer and Aditi Singh Sharma lending their voice for the versions. Who would it be this time?

"We will be able to share more information once we are closer to the release. But, yes, the rendition will be completely different from the last one. We have retained the same hook line, though. We have played around with the musical arrangement and the orchestration. We even have new lyrics for the song. Fans of the last one will be in for a pleasant surprise," he adds.