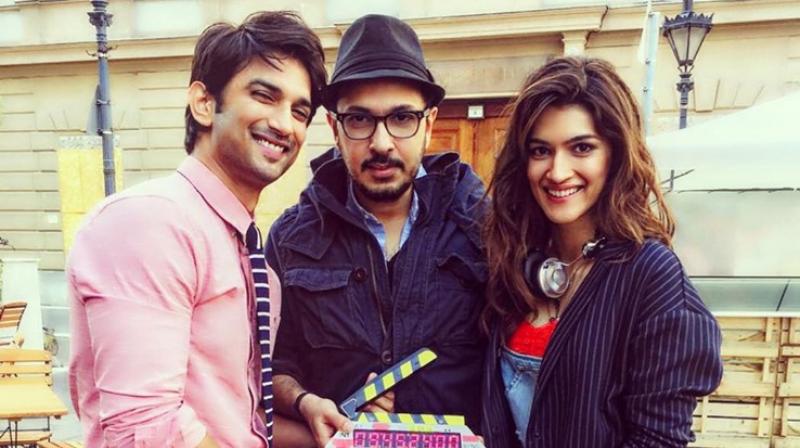 'Raabta' is a love story based on dreams and destiny.

Mumbai: Kriti Sanon and Sushant Singh Rajput are all set to mesmerize the audiences with their on-screen chemistry in their upcoming film ‘Raabta’, which releases on June 9, 2017.

The film marks Dinesh Vijan's, who has co-produced films such as ‘Cocktail’ and ‘Love Aaj Kal’, directorial debut.

‘Raabta’, which is extensively shot in Budapest, Mauritius and Punjab, is a love story based on dreams and destiny.

The film also has some high octane action sequences, which Sushant shot himself. Matter of fact, the actor also faced an injury while performing those actions sequences.

The film is produced by Dinesh Vijan and Bhushan Kumar and presented by Tseries and Maddock films.