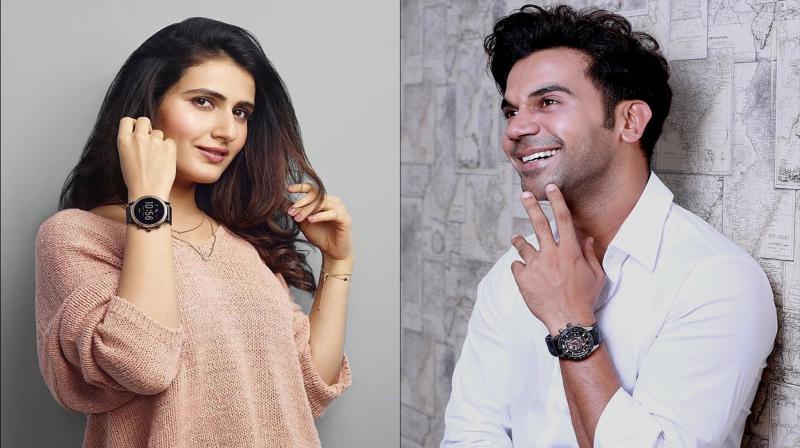 Mumbai: Fatima Sana Shaikh will be seen on-screen alongside Rajkummar Rao in Anurag Basu's next and the actor says her big takeaway from working with him was just how supportive he was as a co-star.

Basu's untitled crime-anthology film features four stories and one of them involves Rao and Fatima, who are paired for the first time. "He is amazing and so good. It's really nice to work with him and he's a lot of fun. The best part about Rajkummar is that he's not only a great actor but he's such a giving co-actor, truly," Fatima told PTI. "He's always there, he stands for cues, he'll work with you. He is not somebody who just goes and sits in the van when he's done. He works with you and that was such a joy," she added.

The film also features Abhishek Bachchan, Aditya Roy Kapur, Sanya Malhotra and Pankaj Tripathi. Before its release in March, Fatima would begin shooting for her next, "Bhoot Police", in which she shares the screen space with Saif Ali Khan and Ali Fazal. The horror-comedy will be helmed by "Phobia" director Pawan Kriplani. "There's still time for the film to roll. I have sat with the director and we have gone through the character. I'm excited to work with Saif and I'm really fond of Pawan. He's an amazing director," she added.

The actor was speaking on the sidelines of the launch of India-inspired line of lip shade '25o2' brainchild of makeup artist Hina Antule. Fatima, who is the face of the collection, said she understands the pressure to always look good, especially in times of the paparazzi culture, but it doesn't bother her. "I don't think about that too much honesty. If you take pressure, you'd feel it. All the paps treat me well and I never had a problem with them ever. So that never bothers me or gets on my nerves."

Fatima said because she started her career as a child actor, she's aware of how one is constantly under spotlight in the industry. "I am comfortable acting but not comfortable with everything else that comes with it, like interviews, promotions. Sometimes it's a struggle, sometimes it isn't. I am a private person so I'm still finding that balance," she added.