Abhishek Bachchan up for Satnam Singh Bhamara biopic, but with a rider

Abhishek feels honoured and privileged to do the biopic on the basketball player. 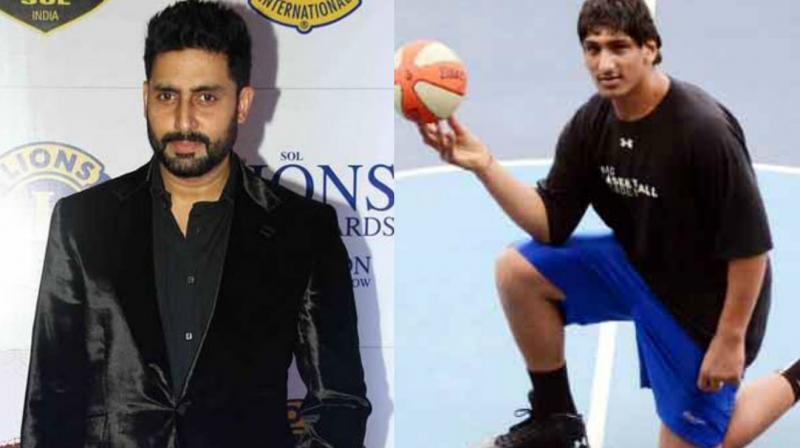 Abhishek is quite the sports lover, co-owning football and Kabaddi teams and now basketball could be his next sport.

Biopics on sportspersons have done great business at the box office, be it the ones of Mahendra Singh Dhoni, Mary Kom or Milkha Singh. And now we could see a biopic on another sportsperson, of Indian basketball player Satnam Singh Bhamara.

He had recently stated that Abhishek Bachchan would be best suited to play him in his biopic.

When Abhishek got to know of his statement, he took to Twitter to announce that he was ready to do the film. He even refused to charge money for it but had an interesting condition for doing it. He will do it only if Satnam wins an NBA championship.

Satnam seemed confident about winning the championship and hoped directors justify Abhishek's talent with his story. He also feels that Abhishek’s love for the sport would come in handy for film and hoped to meet him nonetheless.

We’ll be waiting for it.