I can’t look plastic all the time, says Alia Bhatt

Ahead of the release of her next big film Badrinath Ki Dulhania, we caught up with the actor in a free-wheeling chat. 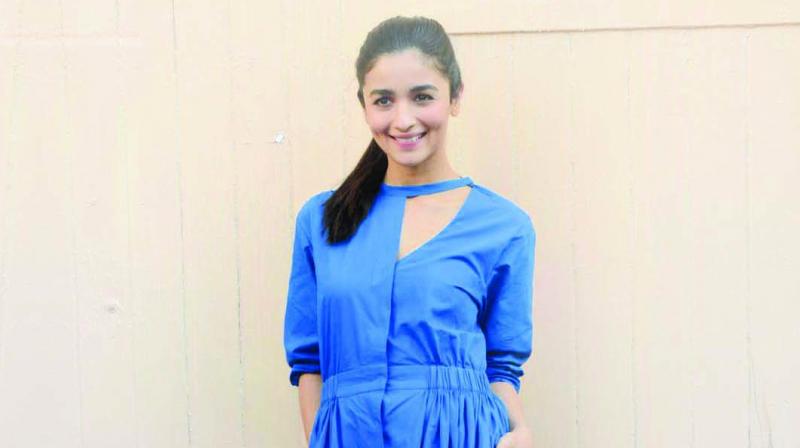 She’s fresh, she’s fierce and in many ways, she’s a first — the first to actor her age to produce the kind of hits she has, the first in the business to laugh about of her own faux pas and make a video about etc. Ahead of the release of her next big film Badrinath Ki Dulhania, we caught up with the actor in a free-wheeling chat where she talks about the changing dynamics of stardom and always following her gut.

As an urban girl, how difficult was it for you to adapt to the role in Badrinath Ki Dulhania?
I play a modern girl in the film. She comes from Kota, which is a forward city. Girls there are very modern and broadminded. They are simple, but family oriented. It’s a very desi film but we didn’t want to give it completely desi look. I wore a lot of skirts and kurtas in the film.

Since you and Varun started your career together, are you very close as co-stars?
Yes. I am very comfortable with him because we have known each other even before our respective journeys as actors could begin. We can take each other for granted and I can just be who I am, with him.

Does it get difficult to just be you otherwise in showbiz?
I will always be myself. I cannot be someone who walks to the airport in heels — I will never do that! Unless I don’t have any other shoes to wear, of course. Then I will. I know people will judge you for those choices, but you get one life and you should be able to live it the way you want to. When my dress is crumpled or not ironed, I am like, ‘relax it’s normal’. Clothes are meant to crumple. I can’t be looking plastic all the time. There has to be something called real.

Now that you have so many hits to your name, do you get star treatment at home too?
At home I am treated like a baby! And that’s the way it should be. They don’t treat me any differently at home

The fashion police are constantly on the prowl but you’re often seeing repeating your outfits. They don’t bother you, do they?
I am not scared of repeating my clothes. I repeat my jeans all the time. I won’t repeat a dress back-to-back perhaps, but I will team it up with something else every time. It’s fine to repeat clothes. One can’t expect us to have 365 different things to wear in a year.

What’s stardom to you? How do you think the concept has changed over the years?
The definition of stardom has changed over the years. Actors are a lot more accessible now than they used to be before. But one must maintain a balance. That is why I’m not very active on social media.  The only time I go all out is during promotions. I think excess of anything is not good.

After delivering back-to-back successful films, how conscious have you become in terms of choosing your next film?
I am conscious but I also follow my instincts. People told me not to do Kapoor and Sons but I got Kar Gayi Chul song from that film which went on to become a huge hit. People also thought I should not do Udta Punjab but I did that too. I will continue to make my decisions just like that.

When you see Varun Dhawan being directed by his father, do you think about when Mahesh Bhatt will direct you?
He will never direct me. I have been through that emotion. He decided that after Zakhm, he would not direct. For whatever reason, he could not take it anymore and I respect that. The writer and creator in him will never die. Whenever he sees a good shot, he appreciates it.

How excited are you to be part of Ayan Mukerjee’s Dragon?
I am very excited! It’s a supernatural film. Ayaan told me that there’s only one character in the film and that’s love. When Ranbir finishes shooting for the Dutt biopic, we will start working together. I can’t prepare for it without Ranbir.