I remember Srideviji as the epitome of grace and beauty, says Sara Ali Khan

Asked about how she felt about Saif Ali Khan playing a father to Pooja Bedi’s daughter Aliya in his upcoming film, she shares a childhood memory. 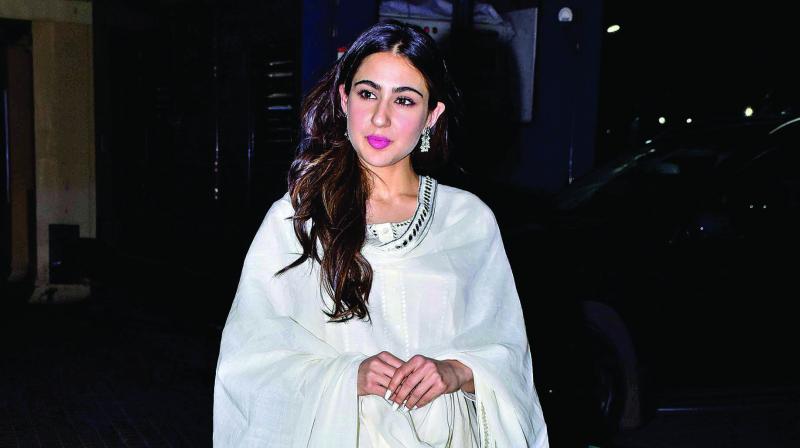 “Srideviji and my grandmother (Sharmila Tagore) have been two of my favourite actresses. I am a diehard Sridevi fan. I remember her, like anybody in this country, as the epitome of grace and beauty. There has been no better actress than her till date and it is a bitter sweet thing to say that we will never see an actress like her again,” declares Sara Ali Khan. Sridevi’s death anniversary falls on Sunday, February 24.

Asked about how she felt about Saif Ali Khan playing a father to Pooja Bedi’s daughter Aliya in his upcoming film, she shares a childhood memory.

“My dad has played dad to someone else in the film Ta Ra Rum Pum. When I saw the film, I felt very bad as to how he could play dad to someone else but now I realise that it is fine in films. I don’t mean to sound funny at all. I am very proud of his work and he will do a great job there,” she adds.

Recently there were rumours that Sara had purchased a new home and was shifting to the new house after the success of Simmba. The actress vehemently denies it. “It is just a bad rumour. I have not shifted out of my mother’s home. I am staying with her only. I am happy and hopefully, I will stay there for a very long time and eat her head,” says the chirpy actress.