Salman was clearly angry with Bhansali but the two couldn’t hold their anger for long. 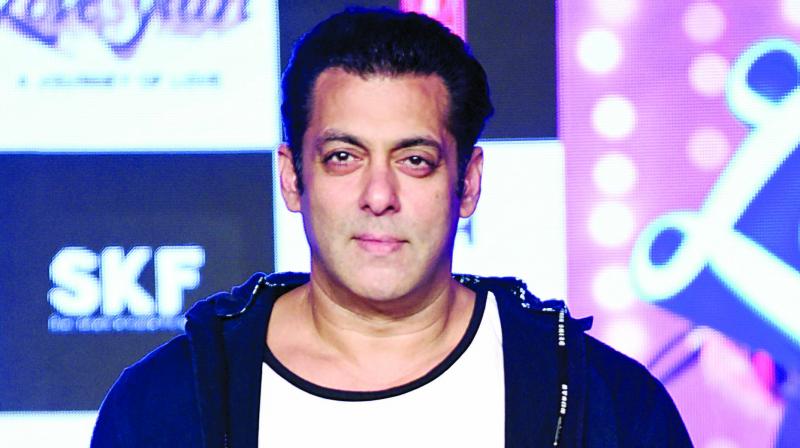 A day ahead of Sanjay Leela Bhansali’s 56 birthday, actor Salman Khan has given him the best birthday gift by accepting to be the lead in his next film.

Yes, Salman and Sanjay are back together for a film and it is a love story.

“It has been 19 years since the two worked in a film with Salman as the lead even though Salman was seen in a friendly appearance in Saawariya. The script has been locked and hence the news is now out. Sanjay is still working on the screenplay at the moment,” informs a source close to the development of the film.

Sanjay is currently basking at the awards that are being bestowed upon his last film Padmaavat.

Prerna Singh, the CEO of Bhansali Productions Private Limited is elated at the development. “Yes, they are reuniting after 19 years. Their collaboration is the best thing that can happen in terms of story-telling,” she affirms.

Salman will wrap the shooting for Dabangg 3 in Indore and then work on Bhansali’s project. This effectively means that Kick 2 directed by Sajid Nadiadwala will be pushed further.

In September last year, during the interactions of Bigg Boss, Salman had given a tongue in cheek reply to the media, “Yes, I am doing Sanjay’s film. I don’t know much about the story. I have heard a one-liner from him. But he is not answering my calls. Please ask him to speak to me about it.” It was being said that the film was called Inshallah!

Judging by the way Salman answered the query, the media too was not sure if he was serious or joking.

Long ago, when Sanjay Leela Bhansali decided to make films on his own, he asked Salman Khan to be the lead in his debut offering - Khamoshi. Though the film was critically acclaimed, it had an eponymous silence when it came to the cash registers.

Later on, Sanjay and Salman came together for Hum Dil De Chuke Sanam.  The Salman-Aishwarya Rai-Ajay Devgn triangular love story not only was a huge hit but also hooked Salman and Ash as a couple though they broke up later.

Sanjay then had asked Shah Rukh Khan to play the lead in Devdas. Salman told this writer then. “You know Sanjay cast Shah Rukh in Devdas because he thought I was not mature enough to play that role!” Salman incidentally is 55 days younger than Shah Rukh Khan.

Salman was clearly angry with Bhansali but the two couldn’t hold their anger for long. So Salman worked in Saawariya which marked Ranbir and Sonam Kapoor’s debut. The film tanked at the box office and saw Salman put in a cameo.