Ananya can laugh at herself: Chunkey Panday

Chunkey Panday gets candid about his daughter Ananya Panday and her journey into Bollywood. 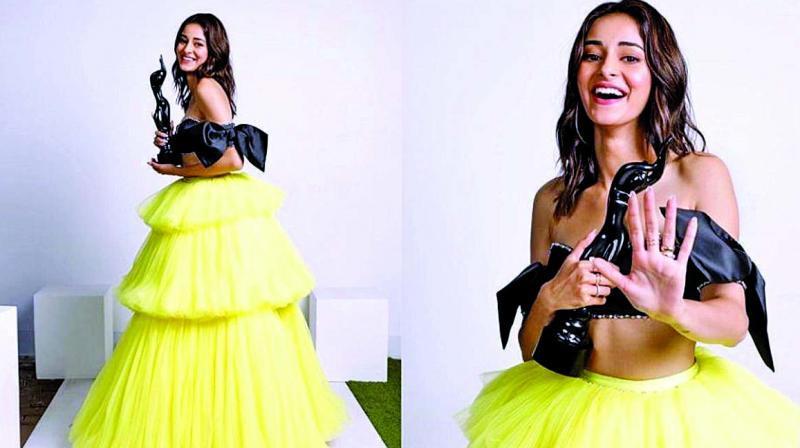 Newcomer actress Ananya Panday has made quite the splash in Bollywood, and her father Chunky Panday could not be prouder. The veteran actor says that the 21-year-old has always been a star in the making.

“She was an enthusiastic child from the beginning. She also did skits and plays with her friends from the industry,” Chunky laughs, adding that she is a self-trained actress. “Consciously or unconsciously, she has been grooming herself from very early on; she is a born actor. I have always told her that handling failure is very easy but handling success will be difficult. She is young she is going to make mistakes, but the start she got, starting with Karan Johar, was a great chance indeed,” he says about Ananya, who made her debut with Dharma Productions’ Student Of The Year 2 and even bagged the Filmfare Award for Best Debut (Female).

The Jawaani Jaaneman actor says he was worried about whether his daughter would be a welcome addition to the film industry. “I was only fearful whether she will be accepted by the audiences. But getting a great debut from Dharma Productions, she couldn’t have asked for more. I am happy that she has been liked not only by the industry wallahs but her fans and audiences as well. I too liked her aura, especially in Pati Patni Aur Woh,” the 57-year-old smiles.

Other than her acting, Ananya is known for her So Positive social media campaign, which works to reduce cyber-bullying. Chunkey reveals that this initiative is very driven by who she is as a person. “Ananya is a person who will never like to run down anyone, she is very positive in her thought process. She believes in hard work and does not care about being trolled, but instead, she believes in spreading love. She believes in the mantra ‘live and let live’,” he shares, adding that she wanted to use her platform for good.

Speaking about the qualities that he has passed onto her, the Housefull actor avers, “She laughs at herself, which is a great quality taken from me. Laughing at yourself is not easy. She has also taken the quality of patience and the great endurance: She will never showcase her pain at all,” he says before signing off.