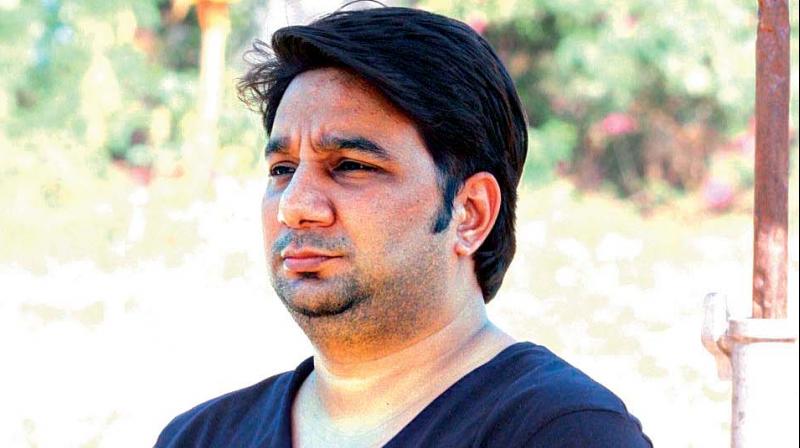 Choreographer-turned-filmmaker Ahmed Khan is ready to release his next flick Baaghi 2 starring Tiger Shroff and Disha Patani. But when asked if he’d ever give up choreography, he laughs and replies in the negative.

“I can never give it up! But yes, I’m busy with direction as of now. Saroj Khan had once told me ‘Chalti gaadi ki bonnet mat kholna (Don’t mess with a good thing)’ and Anil Kapoor had told me the same thing, ‘Tum apni paan ki dukaan kabhi mat bandh karna, bhale nariyal paani ki dukaan khol lo (It’s okay if you have to open another shop, but don’t shut your original).’ So, I’m keeping up with choreography — I will be judging reality shows. My next will be Baaghi 3,” he smiles.

Not many know that Ahmed’s father was a world-renowned jockey, but the filmmaker had a different idea. “At the age of only 11, I joined Saroj Khan. I did Rangeela when I was just 16, and that became a rage with the young and old alike. I won an award when I was just 21, and all my concentration was on playing and winning a football match the next day,” he laughs. “At such a tender age, I didn’t even know what an award meant. Forget about success going to my head.”

Ahmed says that his father Yusuf Khan was very surprised when he took to choreography, and that he thought it was merely ‘time pass”. He thought Ahmed would eventually take to his profession of rearing horses and jockeying. “He left for his heavenly abode two years ago,” says Ahmed. “Now I have decided to buy a few horses, as my older brother, who is in this profession, will be celebrating his anniversary. We have organised a race for it, and have also decided to award a cup on his name. We’ve had this profession in our family for nearly seven generations. My mom always told me to carry his legacy forward. And now I feel the need to do something for my dad, who I loved immensely.”

As he mentions his mom, he reminisces that while his father discouraged his passion, his mother supported him. “Saroj ji became a close friend of my mom, and she’s bet on horses too. So, my mom would ask my dad about the winning numbers. When Saroj ji would go to Mahalaxmi Race Course, my mom would tell her about betting. In turn, my mom would come to sets, and they became good friends.”

Will his two sons, aged 16 and 11, take to movies or horses? He quips, “My older son is handsome but I don’t know if he will be too keen to join the Hindi film industry. I want to show them my dad’s profession too. Being a jockey is a really tough job. It was only recently that I showed them a video of my dad and they said, ‘Oh, he was into horses?’ As if to say they didn’t find it happening. Let’s see!”