Directed by Indrajit Lankesh, the biopic would go on floors in the end of April. 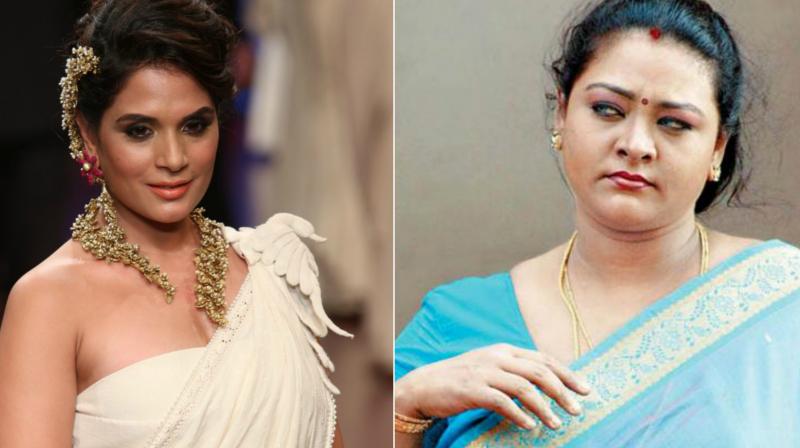 Richa Chadha will play Shakeela in the upcoming film.

Mumbai: Actress Richa Chadha has been roped in to play the lead role in a biopic on Shakeela, a 1990s' actress from Kerala who acted in several adult films in languages like Tamil, Telugu, Malayalam and Kannada. Shakeela was one of the most famous actors from Malayalam cinema from the 1990s who rose to a spectacular amount of fame.

Richa who will be starting shoot for the same in the coming months will start learning Malayalam to get her accent and language correct to maintain the authenticity of the movie. Sources said, "Richa will be taking Malayalam lessons from a tutor before she starts shooting so as to get the right diction and to justify her character. She is very excited to learn the language and start shooting for this movie."

Directed by Indrajit Lankesh, the biopic would go on floors in the end of April. Richa who was last seen in '3 Storeys' has been geared up for the release of 'Daasdev'.