Was raped at age 6, hit with a belt, threatened: Veteran actress Daisy Irani opens up

The actress is sister of Honey Irani, mother of Farhan and Zoya Akhtar, and Meneka, Sajid and Farah Khan's mother. 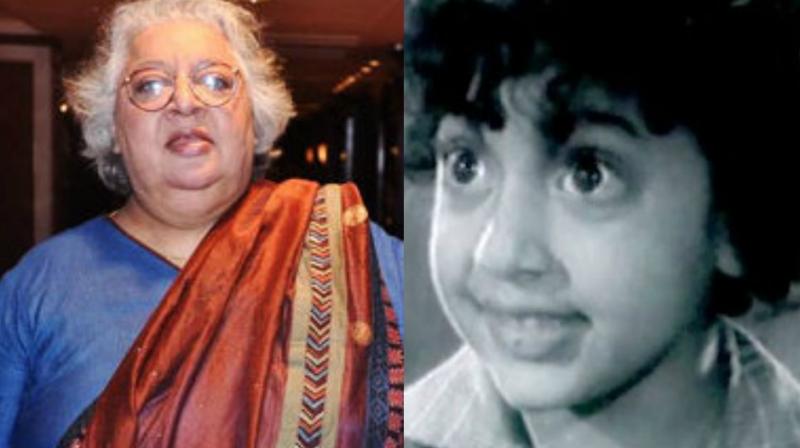 Mumbai: Veteran actress Daisy Irani, maternal aunt of Farhan, Zoya Akhtar and Sajid, Farah Khan has opened up about being sexually abused in her childhood.

Speaking about it publicly for the first time, Irani revealed she was raped at the age of six, six decades ago, when she was at her prime as a child actor, working with legendary actors like Raj Kapoor, Dilip Kumar, Dev Anand, Vyjayanthimala and Meena Kumari.

“The man who did this was supposed to be my guardian. He accompanied me to a film shoot ('Hum Panchhi Ek Dal Ke') in Madras . One night in the hotel room he violated me, hit me with a belt and warned me that he would kill me if I ever told anyone about what had happened,” Irani was quoted as saying by Mumbai Mirror.

She added, “That man is dead and gone. His name was Nazar, he was related to the famous singer Zohrabai Ambalewaali. Obviously, he had contacts in the film industry. My mother was hell-bent on making me a star. I made my debut in the Marathi movie, Baby. So Uncle Nazar (she rolls her eyes here) had accompanied me to the shoot of Hum Panchhi Ek Dal Ke in Madras. I can recall the incident only in flashes, but I do remember the killing pain, and the visual of him belting me. The next morning, I was back at the studio as if nothing had happened. For years, I couldn’t dare to tell my mother (Perin Irani) about what he had done.”

Opening up about the impact the traumatic incident had on her, she said, “All I can say is as I grew up, I started flirting outrageously, I would tease and taunt men. I did not even understand what I was doing. I became badtameez (without manners). With time, my mother did get to know about the Madras incident but what could be done really?”

With the recent incident of singer Papon kissing a minor girl on the sets of a reality show sparking a controversy, Irani’s decision to share her horrifying ordeal is out of concern for the kids working in the entertainment industry, who are always at a risk of similar situations.

She said, “Child actors have it tough. In a majority of cases they have been taken advantage of. Maybe a few have had it easy, but most don’t, really.”

Also sharing another incident of abuse, after a decade of the previous encounter, but seeing the lighter side of it, she revealed, “When I was 15 or so, mother made me wear a sari, padded me up with a new-fangled sponge, and left me alone with producer Mallikchand Kochar, who was planning a film called Mere Huzoor then, at his office located somewhere between Maratha Mandir cinema and the Tardeo circle. It was all quite hilarious… He joined me on the sofa, and started touching me… I knew what was on his mind. I took out the sponge things and handed them to him. He was furious. Now why did I do that? Because, I’ve always seen the funnier side of things.”

Daisy was last seen in her niece Farah's films ‘Happy New Year’ and ‘Shirin Farhad Ki Toh Nikal Padi’ before that, with the latter being the last film of her close friend Shammi, who passed away recently.