After signing up Thala Ajith to work in the Tamil remake of Pink, Boney Kapoor is now gearing up for his second remake. 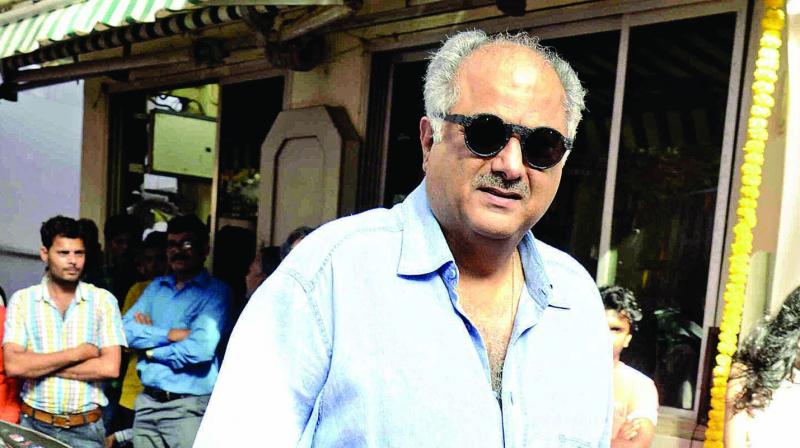 After signing up Thala Ajith to work in the Tamil remake of Pink, Boney Kapoor is now gearing up for his second remake. And this time, it is not just one but four remakes in four different South Indian languages — Tamil, Telugu, Kannada and Malayalam.

Sources in the trade inform us that Boney Kapoor has acquired south remake rights of the superhit film Badhaai Ho, which directed by Amit Sharma. Interestingly, Amit had also directed Tevar for Boney starring his son Arjun Kapoor.

Boney confirms the development stating that he has indeed taken over the rights but the remakes will need to wait as Ajith has also confirmed to doing one more Tamil film with him after Pink. “After I am done completing both my films with Ajith, we will star finalisation of the director and the artists. The preparation for the film will begin accordingly,” informs the senior filmmaker.