Watch: Prabhas is at his impressive best in Baahubali 2's first song

We see the people of the kingdom of Mahishmati cheering for their king and showering flowers on him. 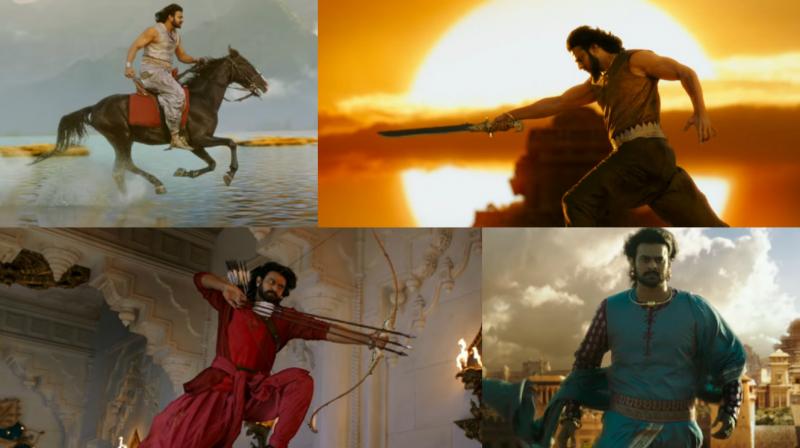 Video grabs from the song.

Mumbai: 'Baahubali: The Conclusion' might have been in the news for the controversy surrounding its release in Karanataka, but the film is all set to release in the state after Sathyaraj apologised for his comments.

There is another good news for the fans of the much anticipated film. With less than a week left to go for the release, the first song from the film is finally out and it could not get any better for fans.

While it’s not the full song, the 30-second promo will be enough to give you goosebumps.

Prabhas is impressive as Baahubali as wee see him riding a horse, firing weapons and showing a natural flair with swords, with the people of the kingdom of Mahishmati cheering for their king and showering flowers on him.

The music of the song has been given by M M Kreem. The Hindi version ‘Jiyo Re Bahubali’ and the Telugu version ‘Saahore Baahubali’ have been rendered by Daler Mehndi, with his co-singers Sanjeev Chimmalgi and Ramya Behara for the former and M M Kreem and Mounima for the latter, while the Tamil version 'Bali Bali Bahubali' is voiced by Yazin Nazar, Vijay Yesudas  and Shwetha Mohan.

‘Baahubali: The Conclusion’ directed by S S Rajamouli and also starring Tamannaah Bhatia, Rana Daggubati, Anushka Shetty among others is gearing up for release on 28 April.