Salman Khan had played the role of Radhe in the film. Apart from Salman, Bhumika Chawla played a female role. 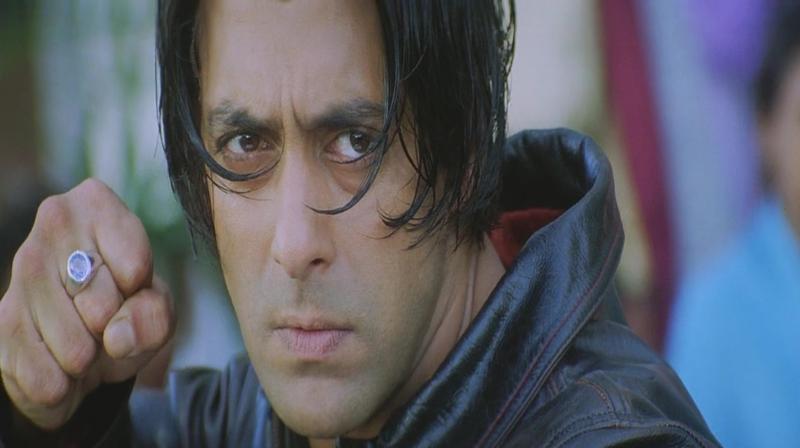 Salman Khan in the still from Tere Naam. (Photo: IMDb)

Mumbai: Good News Sallu fans! Salman Khan's 2003 blockbuster 'Tere Naam' is all set to get a sequel and we can't hold our excitement. According to the Mumbai Mirror report, director Satish Kaushik has finally decided to make a sequel of the blockbuster.

Satish mentioned that he has written a script of the film and it will be called Tere Naam 2. However, he didn't mention whether Salman will be a part of it or not. Satish said, "Yes it’s true, I am making Tere Naam 2 which is a love story. That’s all I can say for now.”

A source told Mirror, "Satish and Salman share a great bond and have recently worked together in Bharat. But it is yet to be decided if Salman will feature in the film or a new cast will be brought on board."

Salman Khan had played the role of Radhe in the film. Apart from Salman, Bhumika Chawla played a female role while Darshan Rawal, Sachin Khedekar, Savita Prabhune and Ravi Kishen played supporting roles in the film.

On the work front, Salman Khan's next Bharat is all set to release on June 5, 2019, on the occasion of Eid. The film also stars Katrina Kaif, Jackie Shroff, Disha Patani, Sunil Grover, Sonali Kulkarni and Tabu in pivotal roles.