Renuka Shahane who is extremely vocal on social issues soundly condemns Vivek but thinks the National Commission For Women (NCW) has gone too far. 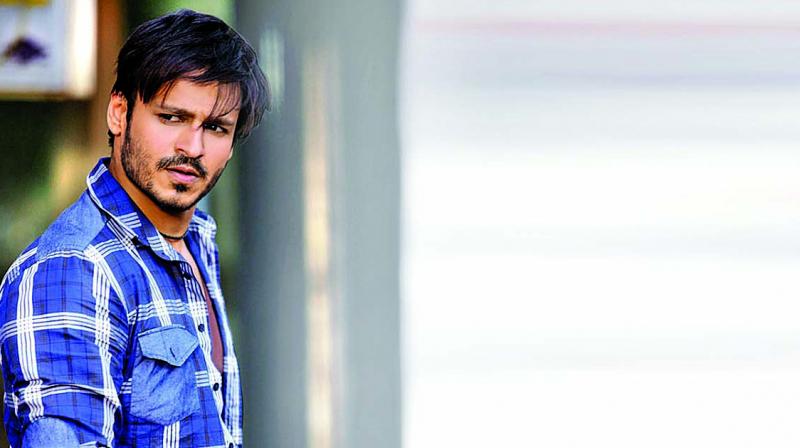 Two days after Vivek Oberoi’s preposterous meme featuring Aishwarya Rai Bachchan and her little daughter, the anger and rage in the entertainment industry is enormous.

Renuka Shahane who is extremely vocal on social issues soundly condemns Vivek but thinks the National Commission For Women (NCW) has gone too far.  “I think it’s quite graceless of him. He has apologised after the backlash. I think the step that NCW has taken is too extreme,” says the actress and adds that the inclusion of Aishwarya's daughter in the meme is unpardonable. “Vivek needs to learn that it is downright crass to involve Aishwarya’s daughter. Yes, people make all sorts of memes and they are humorous too. It’s good to laugh at oneself but if it involves other people, then it’s best not to endorse or retweet the meme. One can do that in one’s private friend circle but not publicly.”

Shatrughan Sinha lashes at Oberoi questioning his right to play the Prime Minister. “Does he know what a great responsibility it is for any actor to play the prime minister of the country?  To do so, one needs to exercise immense self-restraint. Where is the dignity in using social media to get cheap publicity? I don’t think an actor who insults the daughter-in-law of Bollywood’s most distinguished film family deserves to play the Prime Minister.”

Veteran actress Asha Parekh is deeply upset by Oberoi’s indiscretion. “It's shameful. He should at least respect the lady with whom he had a relationship. He is a creep,” says Ashaji.

Bollywood’s hypocrisy
While many from the industry have denounced Vivek’s thoughtless act, one can’t help but notice how, in the recent past, the industry has chosen to stay silent on issues that matter, especially if there are big names involved.

It is a lot easier for powerful celebrities to make a tasteless faux pas and get away with it. Take Salman Khan’s Priyanka Chopra bashing for instance. While the latter has maintained a dignified silence and has busied herself with other projects, the former rarely misses a chance to take pot-shots at her for stepping out of Bharat.

When will a thing of the past genuinely become so for Salman? One cannot tell. Also, he is infamous for holding grudges against several other actors for smallest slights, real or imagined.

Another high-profile squabble that grabbed headlines was the one between Karan Johar and Kangana Ranaut, where the latter accused the former of nepotistic tendencies. The lady didn’t receive much support from the industry, nor did anyone stand up for her when she became the target of Karan’s taunts. A similar trend was spotted in the #MeToo movement, where the industry’s criticism of the ones accused of sexual misconduct, like Nana Patekar, Alok Nath, Sajid Khan, didn’t exactly reach the decibel it should have. In fact, most have got away scot-free.

And what about the recent scandal Akhshay Kumar finds himself in the midst of? Director Raghava Lawrence walked out of the film Laxmi Bomb for not being kept in the loop when the poster was released. But will anyone from the industry stand up for Raghava? The chances are bleak. But that’s the unfortunate truth of the industry.