Fan pages of Shah Rukh Khan shared pictures and videos of his cameo appearance in 'Tubelight' on Twitter. 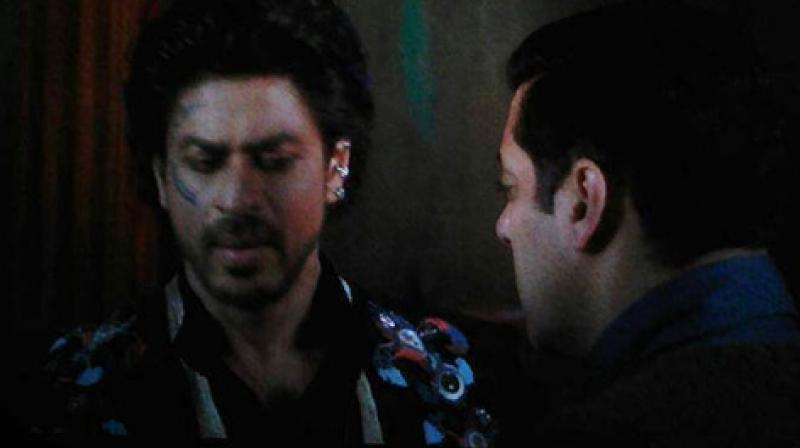 Mumbai: The bond between superstars Salman Khan and Shah Rukh Khan have become almost unbreakable today, after their rift few years back.

Post their much public fight few years ago, Shah Rukh and Salman have become the best of friends recently, going on bicycle trips together, praising each other in interviews and promoting each other’s films on social media.

This friendship has manifested itself even more beautifully with Shah Rukh agreeing to do a cameo in his ‘Karan Arjun’ co-star’s upcoming film ‘Tubelight.’

When the teaser released, fans started guessing if one particular visual was of Shah Rukh and after the trailer release, it was confirmed that it was indeed the 'Raees' star. However, his face was not visible and fans were thus much more eager to watch the film.

'Tubelight' releases on Friday, but pictures and videos of Shah Rukh’s magician act as Goga Pasha has already started going viral a day before the release.

Of course, the two superstars do share screen space as SRK is seen teaching Salman some of his magician tricks. 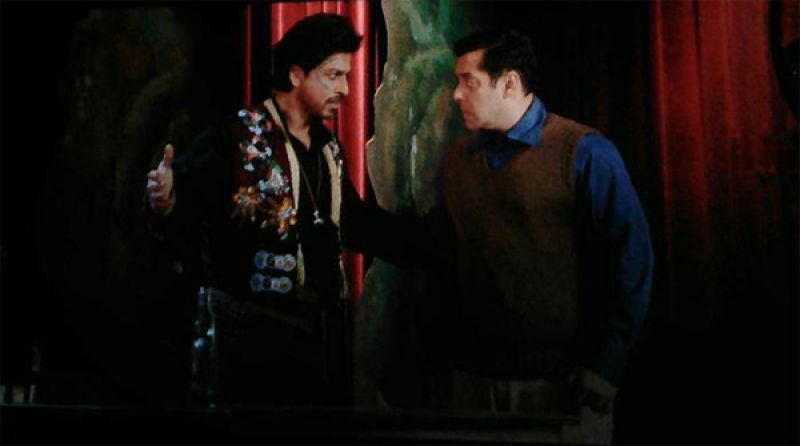 Indian films usually release in the Middle East a day before and that could perhaps be a source of these leaks.

This is not the first time that SRK’s cameo appearance has got leaked before the film release in India, as it had also happened with ‘Ae Dil Hai Mushkil’.

With videos of SRK fans throwing notes and bursting crackers in the theatres  also going viral usually, you can expect some fireworks for this cameo as well.