Janhvi’s next film a home production?

The debutant who made her entry into showbiz with Karan Johar’s Dhadak, will next be seen in a film produced by her father. 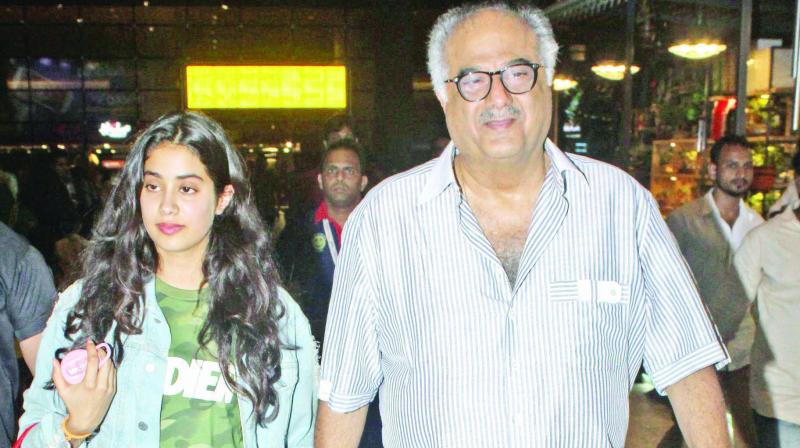 Boney Kapoor’s original plan was to launch daughter Janhvi Kapoor in a home production. But his late wife, actress Sridevi, deemed it inappropriate for parents to launch their child’s career. Hence, Janhvi was launched by an outside production.

Now that she has been launched in Dhadak, it’s time to serve up a home production for Janhvi. Though there is nothing official about it yet, one hears that Boney is seriously looking for a script that would do justice to his daughter’s presence.

Nothing is confirmed yet, but a friend of Boney’s reveals, “It would be a role very different from the one Janhvi has done in Dhadak. Hopefully, something very glamorous. Boney is known to spend money on his family films like water. The original Telugu versions of Sridevi’s Judaai and Arjun Kapoor’s Tevar were made at measly figures like `5-8 crores. Although, he spent close to `45 crores on each of the two Hindi remakes. Janhvi’s film from her home production will be as lavish as her mother’s Mr India.”