Entertainment   Bollywood  23 Jul 2019  I am not limited in any manner: Sonakshi Sinha
Entertainment, Bollywood

I am not limited in any manner: Sonakshi Sinha

Sonakshi Sinha has proved that she’s a power-performer by being in four major films in 2019 itself. 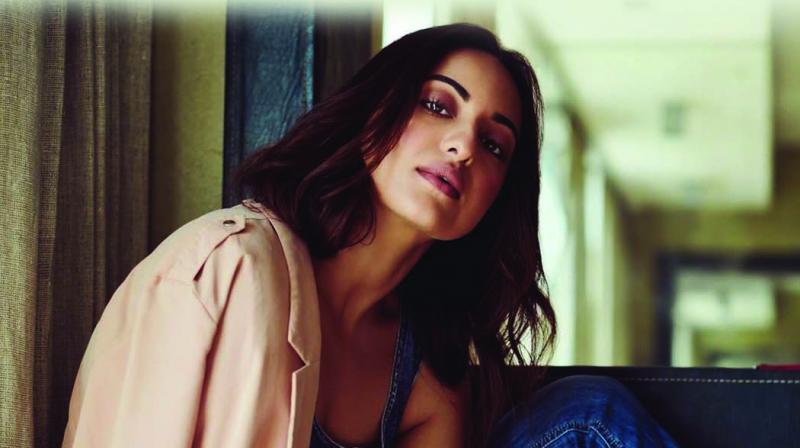 Mumbai: Undoubtedly, the busiest actress of this season and this year, Sonakshi Sinha has proved that she’s a power-performer by being in four major films in 2019 itself! Just yesterday, Baat Toh Karo trailer of Khandaani Shafakhana was launched and Sonakshi Sinha was completely in her fun-element during the press conference. In a conversation, Sonakshi was asked that if she was surprised when the makers of the film approached her with this concept.

Sonakshi replied saying, “Yes I was completely surprised at first when I heard that this film is being made which based on such a topic and I was like, ‘Yeh mere pass kyun aa rahe hain ye film le ke…’ (laughs) It was because, I have deliberately kept myself away from such films. But then I read the script and all my doubts were cleared and I just wanted to work on this film.”

After this, she was asked by a journalist that if her decisions limit her as an actor and she gave a classy reply, “I have 4 films coming in this year and I will be completing 25 films in the span of 9 years; so I think that pretty much answers your question. I am not limited in ANY manner. (laughs)”.

Her four films of this year apart from Khandaani Shafakhana, which also stars Badshah and Varun Sharma in the lead role are, Mission Mangal where she’s playing the role of a scientist; Bhuj: The Pride of India and will also be seen as Rajjo once again in Dabangg 3. We totally agree that Sonakshi is not a limited actor in any manner as all these four films are of different genres and varied characters.

Earlier in an interview with a leading publication Sonakshi also said, "Over the years, filmmakers know the kind of roles that will suit me. When I started out, I was the quintessential Hindi film heroine, and the only films that were offered to me were masala entertainers. But after Lootera (2013), the perspective changed. My character in Bhuj... is a strong woman. Vicky Donor and Shubh Mangal Saavdhaan dealt with sex-related issues and were fantastic scripts. But for the first time, a story on a similar issue is being narrated in Khandaani Shafakhana from a female protagonist's point of view. So, it's an interesting time in my career."

We’re glad that we will get to see you step into such different shoes of characters that are major examples of strong women. Please do keep inspiring us by playing roles which you know are suited best for you and by being unapologetically yourself!