Pithani and Neeraj arrived separately at the guest house located at Kalina in Santacruz, where the CBI team probing the case is staying 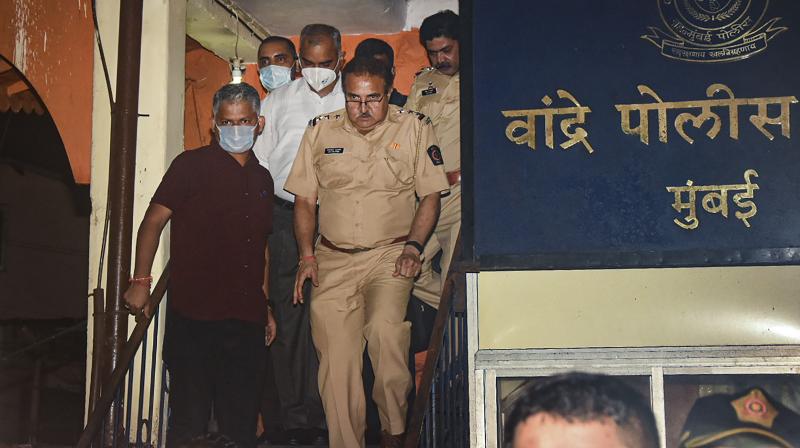 Pithani and Neeraj arrived separately at the guest house located at Kalina in Santacruz, where the Central Bureau of Investigation (CBI) team probing the case is staying, he said.

Their questioning was underway, the official said.

On Saturday, the CBI team accompanied by Neeraj, Rajput's another domestic help Deepesh Sawant and Pithani visited the late actor's house in Bandra to reconstruct the sequence of events before he was found dead there on June 14.

These three were present in the apartment when Rajput was found hanging in his room.

The CBI team, which also comprised forensic science experts, left around 8 pm, after spending more than five hours in the actor's flat.

Another CBI team on Saturday visited the state-run Cooper Hospital in the city, where autopsy had been performed on Rajput's body.

On Friday, the CBI officials recorded the statements of Pithani and Neeraj.

The Supreme Court on Wednesday upheld the transfer of an FIR, lodged by Rajput's father in Patna against actor Rhea Chakraborty and others for allegedly abetting his suicide, to the CBI.

After Rajput, 34, was found hanging in his apartment, the Mumbai Police had registered a case of accidental death.

Later, Rajputs father filed a police complaint in Patna, accusing Chakraborty and her family of abetting the actor's suicide and misappropriating his money.