The film has been praised for the manner in which it champions female empowerment and tackles gender disparity. 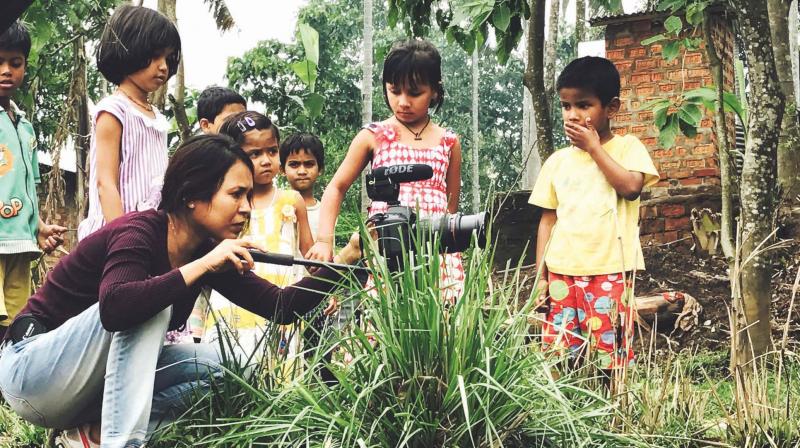 Rima Das on the sets of Village Rockstars.

Leaving behind big-banner movies such as Padmaavat and Raazi, Rima Das’ Assamese movie, Village Rockstars, is India’s official entry for the Oscars this year.

Director Rima Das has added yet another feather to her cap, this time for her latest cinematic offering, Village Rockstars, which has been selected as India’s official entry to the Oscars 2019. Village Rockstars is the first-ever Assamese film to make it to the Mecca of film awards. The film, which has garnered applause at over 70 film festivals and bagged the Best Feature Film trophy at the 65th National Film Awards, tells the story of a 10-year-old village girl, Dhunnu, who despite her impoverished circumstances, dares to dream of forming a rock band of her own some day.

“I had attended a local gathering in our village, where I saw a group of children performing with instruments made of thermocol. I found it immensely heartening to see that these children, who were living in a village, had dreams of their own,” reveals Rima.

This sighting had a profound impact on Rima who then put pen to paper and “coloured the story with my own imagination,” she shares.

But, apart from this, Rima says that there was another realisation that inspired her to set her story in Chaygaon, a village in Assam that Rima grew up in. “I have been living in Bombay for couple of years, and I had this feeling that we are living in a very digitalised, commercial world. The simplicity of village life inspired me to choose my village as the setting for this film,” she explains. In fact, the director acknowledges feeling more connected to her roots as she shot for the film.

Though the film has been praised for the subtle manner in which it champions female empowerment and tackles the issue of gender disparity, the director says she never started off wanting to make this film about women. “In the beginning, my cast only had boys. Then I spotted Bhanita Das (Dhunnu). As I worked with her, I found her so powerful that I decided to make her the main protagonist,” says Rima. 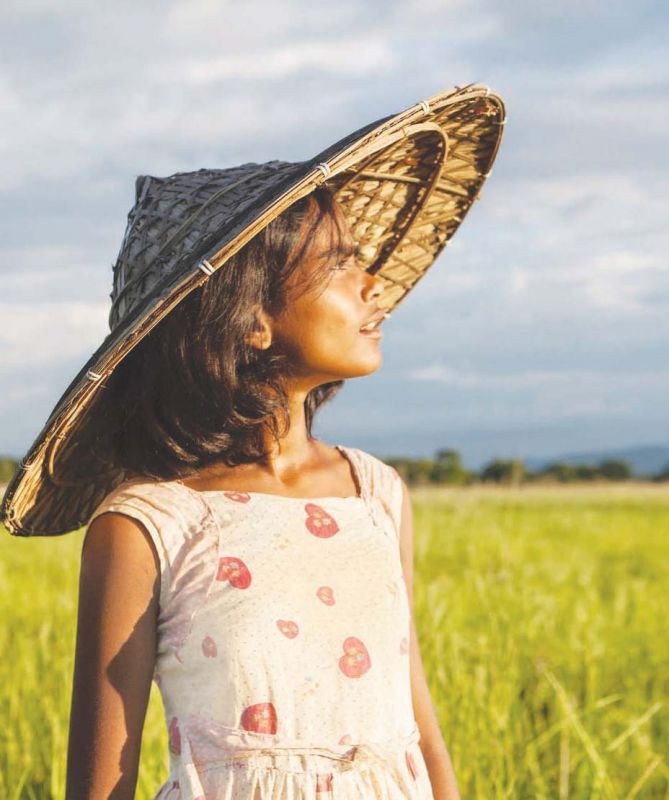 After this, the story just flowed. “When I made the film, it was just about a girl who has a dream to own a guitar.  But when you’re talking about a girl in a village, there are realities that have to be brought into the picture. And as a woman, these perspectives come quite automatically, I couldn’t stop it,” says the director.

Just like Bhanita, who had no experience in acting prior to this film, the rest of the cast too are non-actors. But the director reveals that despite their lack of training, working with the kids was a treat.

“Children are always great to work with because they don’t judge you and they don’t doubt you,” shares the director.

Not only did Rima spend time training the kids, she was also responsible for the screenwriting, production design and editing of the film — a veritable one-woman show! “The film took four years to make, plus I had a limited budget. I knew I wouldn’t find anyone who would invest that much time in the film. Also, I wanted to learn the ropes,” she says, when quizzed about her decision to work alone.

Though, by Rima’s own admission, the journey of making the film was a difficult one, the director says she’s incredibly happy with the response the film is receiving. She hopes her film helps people realise how even the smallest of things can bring great joy. Above all, Rima hopes that people never stop dreaming, for, “dreams are what drives you and makes you happy. Without a dream, life can get very boring,” Rima concludes.