Dream Girl is about a man who can speak in a woman’s voice and remove loneliness out of people. 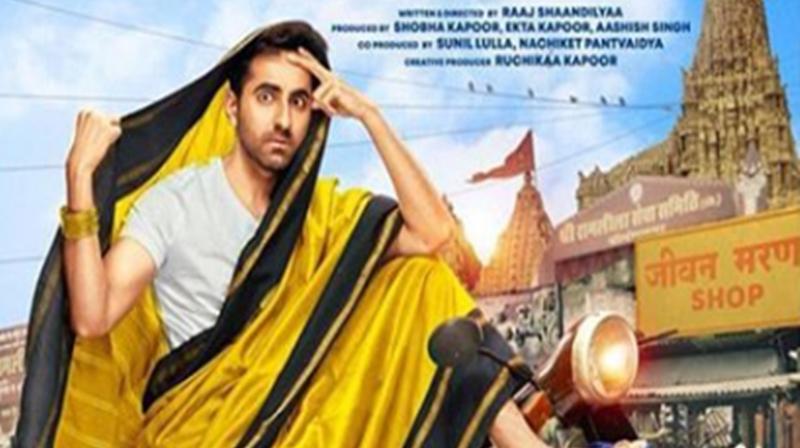 Mumbai: The producers of very famous Ayushmann Khurrana and Nushrat Bharucha’s Dream Girl got the greatest shock of their lives. The Delhi High court on Saturday ordered that the iconic song Dhagala Lagali be removed from social media owing to copyright issues.

The remake version of the same was used as a promotional technique for the film. It also featured Riteish Deshmukh alongwith Ayushmann and Nushrat. The trio were decked up in in Marathi style swaying under the rain drops. Meet Bros recreated the track which was sung by Mika Singh and Jyotica Tangri and written by Kumaar.

If you search the video on Youtube you will not be able to see the same as music label Saregama claimed to hold the rights.

Dhagala Lagali is a famous Marathi folklore song which originally was featured in Dada Kondke’s Bot Lavin Tithe Gudgulya. As per Bollywoodlife reports, the Delhi HC didn’t allow the producers of Balaji Motion Pictures from using any part of the original song.

Nusrat! So the song has run into legal issues but I’m still sharing cause I love it! Things that r not allowed not totally legal fun dogma n delicious r more fun anyways ! #favsong

An official statement from film’s producers of Balaji Motion Pictures said, “The song - Dhagala Lagali from Dream Girl was published by Zee Music and is not displayed in compliance with the interim order of Hon’ble Delhi High Court.

Dream Girl is about a man who can speak in a woman’s voice and remove loneliness out of people.