It was claustrophobic to play Amrita in Thappad, says Taapsee Pannu

I'm playing this average Indian woman, who is also taught to be a certain way. 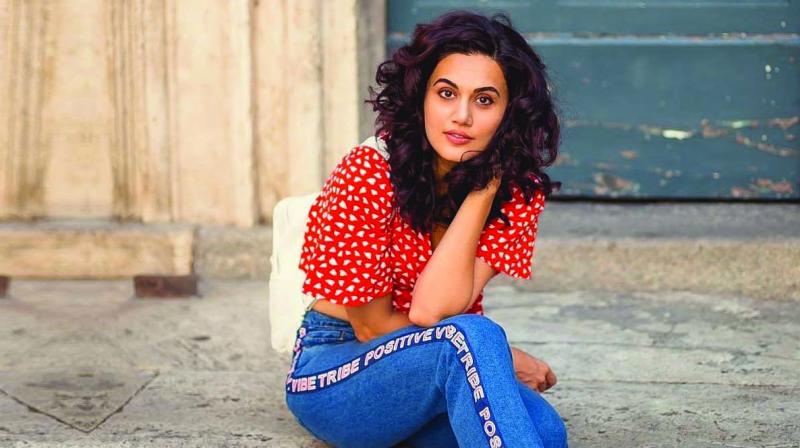 Panaji: Playing a conventional Indian woman in Thappad was a huge task, says Taapsee Pannu, who has established herself in the film industry by essaying fiery and radical characters.

The actor, known for films such as Pink, Mulk and Badla, said the upcoming film is an ode to India women and explores gender dynamics in relationships.

"Thappad' is about those said-unsaid things women are supposed to do. For years we have been living like that. It raises questions like why women need to be a certain way?'

I'm playing this average Indian woman, who is also taught to be a certain way. The biggest challenge for me and Anubhav sir was how to rip that fiery image off me because audiences are used to seeing me doing something radical, the actor told PTI on the sidelines of the ongoing International Film Festival of India (IFFI).

Taapsee, 32, discussed the idea with Anubhav during Mulk promotions but playing Amrita, her character in the film, was a "claustrophobic" experience.

"I was relieved after finishing Thappad'. It was so claustrophobic to be Amrita. There were times I felt like I want to punch you in the face'. But then I realised if I don't go deep, the message will also remain on the surface.

There were a lot of times when I instinctively reacted in a scene as the real Taapsee would. But I was stopped there. I was sometimes gasping for breath," she added.

Thappad will hit the screens on March 6, two days before the International Women's Day.