Their getaway continued with some strictly Rhea-approved shopping at the hotspot ROW DTLA. 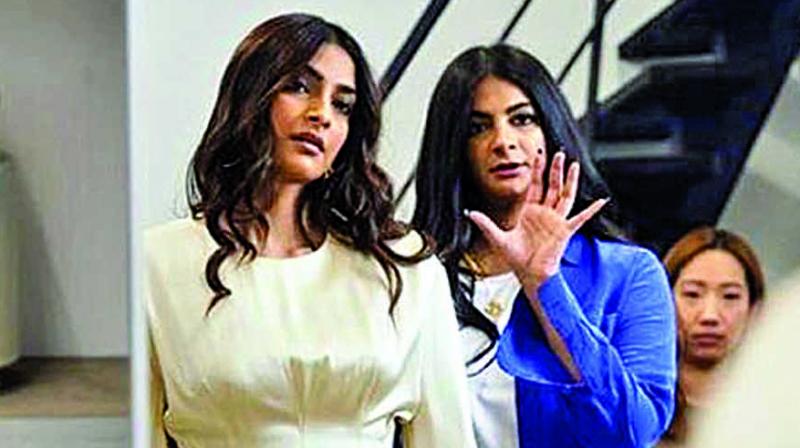 After serenading by the ocean in Venice Beach at Los Angeles, Kapoor kids Sonam and Rhea’s L.A. girls-getaway continued with some strictly Rhea-approved shopping at the hotspot ROW DTLA.

ROW DLTA is about 30 reimagined acres of historic buildings in the heart of Downtown Los Angeles that celebrates the city’s cultural, culinary and creative essence laden with posh clothing boutiques, trendy coffee shops, and acclaimed restaurants.

Sonam and Rhea checked out LVIR, a minimalist and sleek brand out of South Korea as well as female-owned LCD, a multi-brand boutique featuring the best in emerging designer fashion inspired by street culture, contemporary art and the beach - so very L.A. After gal palling with LCD owner Geraldine Chung, the girls headed for dinner at Nightshade, one of the city’s newest and most popular restaurants from another go-getter L.A. lady — Chef Mei Lin.
—Sanskriti Media