Akshay warns that fake news has real consequences, and credits his wife for his own nonchalance towards it. 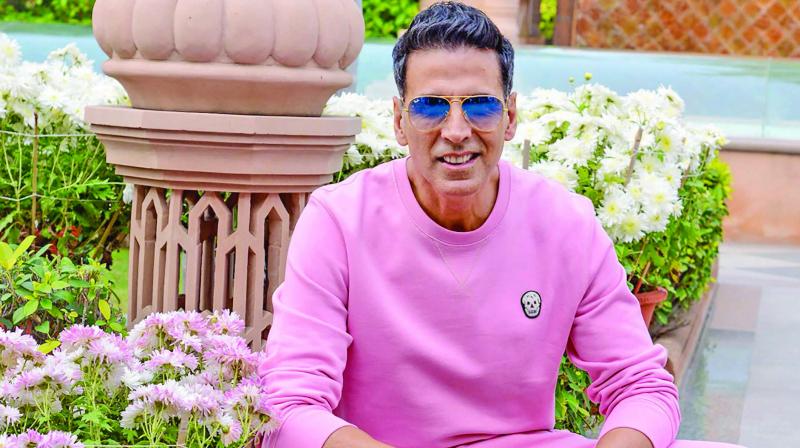 Akshay Kumar is a happy man. His career is booming, his marriage seems to be thriving, and he does not care about the potentially fake and mean things being said and written about him.

The 52-year-old credits wife Twinkle Khanna for his nonchalance towards fake news. “Bas, aisi news main hans kar taal deta hoon (I just laugh it off). It does not matter. As long as you have a rapport with your significant other, it helps keep the marriage going successfully,” he asserts.

Akshay was recently in the news for an alleged falling out with his Sooryavanshi director Rohit Shetty, and he even dispelled the fake news in a video. In the hilarious Instagram video, the actor and the director can be seen getting in a mock fight, saying, “The news has said that we are fighting so we must fight”

Speaking on the matter, the actor reveals: “Let me tell you that when we read the news that Akshay Kumar and Rohit Shetty had a fight, I was just sitting next to Rohit. I showed him the article and said, ‘Dekh teri aur meri ladaai ho gayi hai (Look, you and I have fought). There was no plan to make such a video, but once we made this video, it got around very fast. Within 15-20 minutes, this news was viral. Sometimes, it’s better to understand a few things before publishing news. Not all (publications), but some do write fake news.”

Akshay also notes that fake news can also negatively impact people’s personal and professional lives. “I have been here in this industry for more than 30 years. We know the consequences that some had to face owing to this fake news; I have seen marriages breaking after something with no truth to it has been written and published by the media. We need to be careful,” he warns.