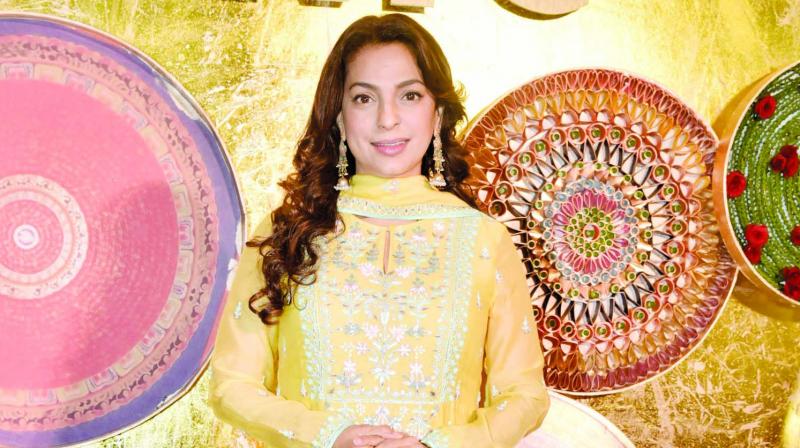 With Ek Ladki Ko Dekha Toh Aisa Laga hitting the silver-screen next week, Juhi Chawla who is also a part of the movie goes down the memory lane of the 90s when 1942: A Love Story released and the song upon which the title is based became a rage.

“I had already started in films when the song ‘Ek Ladki Ko Dekha To’ released. Even though the film 1942: A Love Story hadn’t released yet, the song had become a rage in those days,” recalls Juhi and adds, “In those days, most filmmakers would love to shoot in scenic foreign locations like Switzerland. While I was shooting in those locations, the entire team would be listening to Ek Ladki Ko Dekha… throughout our bus travel. We heard it so many times that we started loving it a lot.”

The 1994-release is also said to be a turning point in the career of Manisha Koirala who had made her Bollywood debut three years prior to this film with Saudagar. And, Juhi admitted that Manisha had become a sensation after the movie released. “When I saw the film, I loved Manisha Koirala. She looked so beautiful that we all started feeling that competition has arrived (smiles). Not only was the song beautiful but also Manisha’s beauty which was very appealing,” says Juhi.

Interestingly, the producer behind 1942: A Love Story and upcoming film Ek Ladki Ko Dekha Toh Aisa Laga is same. “It’s really wonderful that this film is being produced Vidhu Vinod Chopra who was also the producer as well as director of 1942: A Love Story. To add a cherry to it is the father-daughter duo Anil Kapoor and Sonam Kapoor who are working in this film together. It is really wonderful to see all this,” she concludes.