Another sci-fi movie from Vi Anand

Disco Raja is based on work at a real-life research lab, says the director. 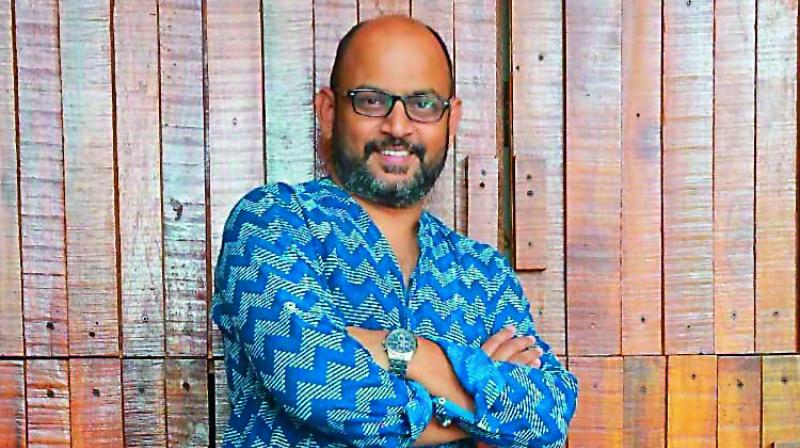 Anand, who was cagey about the story, said that he got his inspiration from a ‘research laboratory’ and a failed project. He had written the story with Ravi Teja in mind, and when he narrated the story to the actor, he too was excited about it, Anand revealed.

Ravi Teja had added some spontaneous one-liners while shooting and these are sure to appeal to the audience, he said.

Disco Raja is important for him and also for Ravi Teja too. “I am confident about the film because I believe in the content. I need good content or a concept to do a film and I can add commercial ingredients to it,” said Anand.

The difficult part of the film was the portion shot in Iceland. “We risked a lot and it was challenging for us. The weather in Iceland changes frequently, and each time we set up for shooting, the state of the ice was different — either freezing or melting — so it was a tough shoot,” he explained. But the sequences shot there would thrill the audiences, he felt.

The director’s earlier film Okka Kshanam was critically acclaimed but did not do well commercially. “I didn’t fail as a director, because I got a lot of appreciation and also good critical reviews. One reason (for the poor commercial performance) is the release date,” he said.

This gold medallist in architecture says, “In the final year of the course, everyone had to do a thesis. Generally. students choose hospitals or railway stations as their subjects, but I choose Film City because I also like films.”  Though he is a Tamilian hailing from Erode, Vi Anand makes films in Telugu. “When I came to Hyderabad for my thesis, I got in touch with filmmakers here and I haven’t looked back. I worked with Murugudoss on Stalin and with a few other directors too,” he says. Anand also confesses that, “When I did my first Telugu film Tiger, I didn’t know the language much.”