Prayers for the player

With his films doing well at the box office, Akshay Kumar seems to have turned to God. 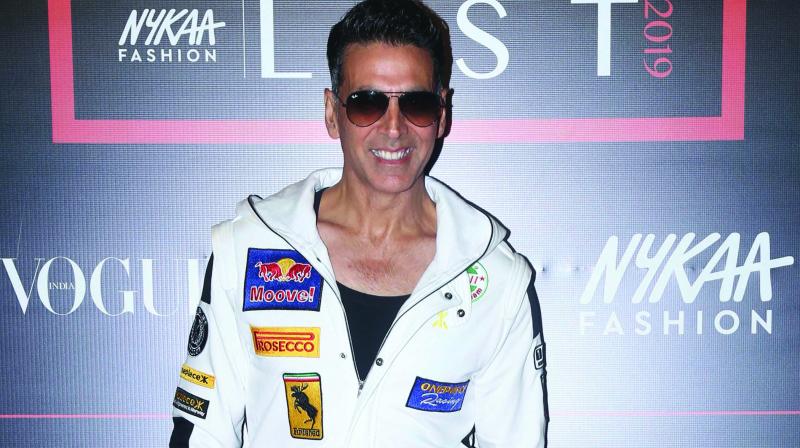 The actor who played the role of God in the Paresh Rawal starrer Oh My God, has been doing pujas to kickstart his films these days.

One can recollect him doing a puja along with producer Bhushan Kumar and director Subhash Kapoor when he had signed on the project of Mogul based on Gulshan Kumar. Akshay was seen with a Shivling and the script of the film. While Akshay is no more in the film, he was also seen with Dr Chandraprakash Dwivedi as well as Manushi Chhillar when they launched the Yash Raj Films produced film Prithviraj.

And now as he has launched his horror film production Durgavati starring Bhumi Pednekar as an IAS officer, the actress is seen doing a puja and seeking the blessings from the idol of goddess Durga.

“A mahurat shot is supposed to be where the makers offer prayers to God, break a coconut and the camera is clicked open followed by sound camera and action and the mahurat shot is canned with a scene from the movie or a keep sake shot. These days mahurat shots happen only to show every one’s face on social media. At least someone is doing a puja,” says a trade source.