Entertainment   Bollywood  24 Feb 2018  Ileana reacts to post calling Andrew ‘hubby’ and it might only confuse you more
Entertainment, Bollywood

Has Ileana secretly tied the knot with her boyfriend as suggested by her Instagram post? Actress answers. 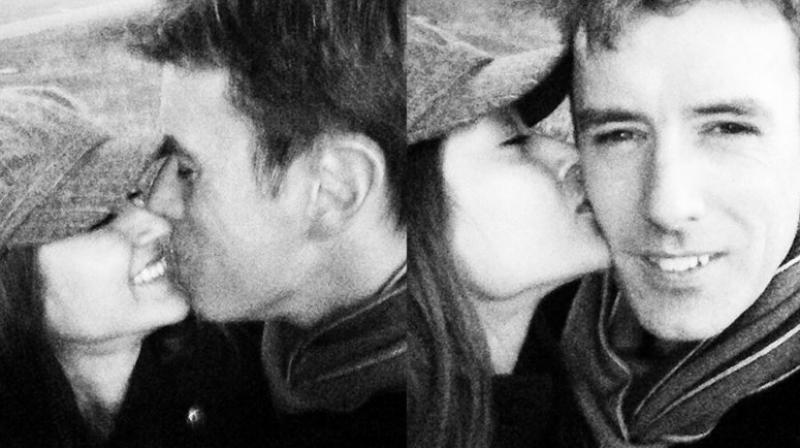 One of Ileana D'Cruz and Andrew Kneebone's love-filled pictures.

Mumbai: Despite Virat Kohli and Anushka Sharma never admitting to their relationship nor revealing their marriage plans, the whole world expected an announcement and were not caught off-guard when they finally tweeted the news.

However, that was not the case with Ileana D’Cruz and her boyfriend (or husband) Andrew Kneebone.

In December last year, the actress shared a blurry picture of herself with a Christmas tree on Instagram, but the post giving photo credit to her ‘hubby’ set tongues wagging.

The actress reacted to the post in a recent interview to a tabloid and the answer is maybe clearer or maybe not. “It’s exactly what you see. What’s great about the social media is that I can let people in to an extent but I don’t like talking about my past… How the relationship started and where… in interviews. It’s too personal. I won’t hide it and I won’t deny it. Everything is out there for everyone to see, don’t ask me too many questions about it. I’ll tell you what I want to tell you. Period,” Ileana told Mumbai Mirror.

When probed further, she laughed and said, "Like I said, everything is out there, I don’t need to answer your question.”

Andrew is an Australian photographer and while the topic of nepotism in Bollywood is always debated, Ileana has never thought about him joining the industry.

“I don’t know, I’ve never asked him. That would be a really big move but I also know that he is someone who would love to do something like that. He’s taken some really cool pictures of Varun (Dhawan) and Alia (Bhatt) on a flight, Ranveer (Singh) and Salman (Khan) during a show I did with them. He’s great with photos but him moving here and making a career in Bollywood is something only Andrew can answer. I think he’ll totally be up for it!” she said.

Not just the headline-grabbing Instagram post, Ileana’s profile is filled with numerous lovey-dovey moments with Andrew. The man, who is good with pictures is equally effective with his words, praising his love's work and even being honest with her during tough times.

“He does (watch her films) and is amazingly honest. He spoils me with his compliments. He’s like, “You’re such an amazing actor, you’re really good!” and I’m like, 'You don’t have to say that just because you love me.' But I think he really means it and it means a lot to me because I know he is someone who will never lie even to me. Sometimes, I’m really upset if a film hasn’t done well and he’ll watch it and tell me what he felt was wrong. It matters to me what he thinks,” Ileana shared.

Andrew will surely be looking forward to her next, ‘Raid’ opposite Ajay Devgn, which will hit the theatres on 16 March.