In 'no mental state' to continue, Papon quits show after row over 'kissing' minor

The singer on Saturday announced that he is quitting ‘The Voice India Kids’ over the controversial incident. 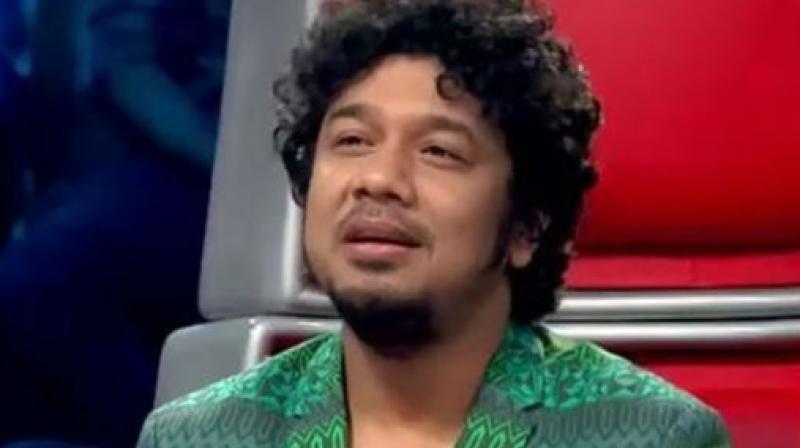 Papon has even acted in a film.

Mumbai: Papon on Saturday announced that he is quitting the reality show ‘The Voice India Kids’ after the controversy over ‘inappropriately’ kissing a minor contestant on the sets.

The singer stated he was in ‘no mental state’ to shoot for the show till the investigations in the incident, in which he claims he is ‘false implicated’, is completed, in a post on Twitter and Facebook.

He expressed his faith in the judicial system and that truth will prevail, and requested for privacy from media persons and others.

On Friday, the singer, again in a social media post, stated that his kissing the 11-year-old girl in his Facebook live video was his way of 'displaying affection' and that it was ‘accidental’, ‘a case of faulty camera angles’ and not sexual assault as it was reported after a complaint was lodged against him under the Protection of Children from Sexual Offences Act (POCSO) Act.

Calling himself ‘extremely affable’, Papon said he would never commit an act which is inappropriate or discourteous.

He only apologised for his spontaneous act but pleaded to not call him the 'disgusting names.'

He also stated that he didn’t delete the video because he did not feel he did anything objectionable about it.

Stressing on the fact that he was a family man with a loving wife for over 14 years and two children and that the girl’s family had defended him, he had urged media and fans to consider both sides of the story before ‘maligning’ his  public repertoire and ‘damaging’ the reputation of this girl, both of whose families have been destroyed he felt.