The life story of the hockey player is indeed quite the masala film in itself. 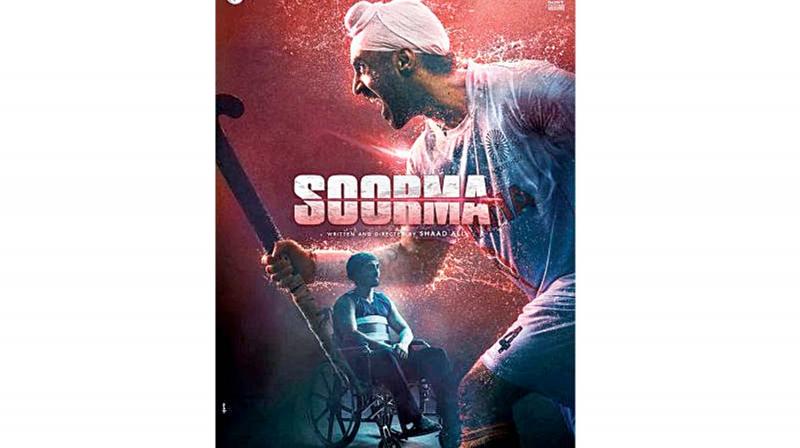 Director Shaad Ali’s next project Soorma is the story of hockey player Sandeep Singh, who played for India. The film will also focus on his trials and tribulations through his career.

Sources close to the film says, “The most interesting portion also comprises of two coaches — the Pakistani coach and the Indian coach. These differences form an intriguing part of the tale.” Our sources also tell us that Vijay Raaz is playing the role of the Indian coach.

Sandeep, the hockey player who is the muse of the film, was also on the sets to witness the shooting himself. “Sandeep Singh attended the shoot of Soorma even shared his real life experiences to the actors on the sets,” shares a source close to the film.

The life story of the hockey player is indeed quite the masala film in itself. He made a talented debut in 2004 in Sultan Azlan Shah Cup in Kuala Lumpur. And moved on become the best drag flicker in the world. Sandeep was struck by a tragedy, following which he was paralysed and in a wheelchair for almost two years.

However, rising back from the ashes, he rose to the ranks and made it to the Captain of the Indian National team. He was helpful in India successfully qualifying for the 2012 London Olympics and was the highest goal scorer that year.