UP should develop its own film industry: Subhash Ghai

Ghai said that Uttar Pradesh had ample potential and it was necessary to build and nurture a talent poll in the state itself. 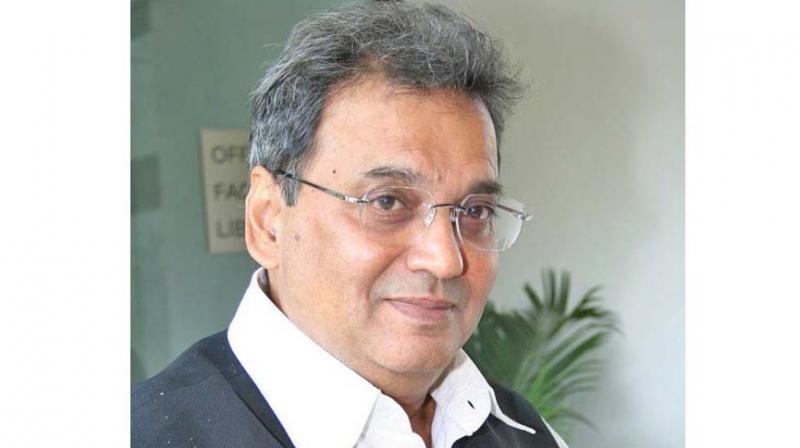 Lucknow: Uttar Pradesh should develop its own film industry instead of just offering subsidies to Mumbai-based filmmakers, well-known filmmaker Subhash Ghai has said.

In an exclusive interview, Mr Ghai, who att-ended the just concluded Investors’ Summit in Lucknow, said, “It is ironical that UP is a Hindi speaking state but the Hindi film industry is based in Mumbai. Why can’t UP develop its own industry here and groom the young talent from the state. The film policy must look beyond offering subsidies”.

Mr Ghai said that Uttar Pradesh had ample potential and it was necessary to build and nurture a talent poll in the state itself.

“Why should young people from UP run to Mumbai in search of work? The state government should create facilities so that young people should make their own films here and that will bring opportunities for them from Mumbai,” he said. Mr Ghai, who was a part of the Film Bandhu expert committee in the previous BJP governme-nt, about a decade and a half ago, said that almost every month people from different states and even different countries met Mumbai film makers, asking them to shoot films in their regions.

“The world has changed in the past two decades. I had filmed Taal in 1999 in Chamba in Himachal Pradesh and the film was released, there was a surge in tourist traffic to Chamba. Today if a person wants to see a particular destination; it is available at a click. Internet has brought the world at your doorstep and cinema is not the only medium that takes you on a world tour. The people in UP should not learn to tell their own stories, develop their own content and a beginning can be made with short films,” he said.