Varun Dhawan is currently shooting for the film in Bhopal, Madhya Pradesh alongside Anushka Sharma. 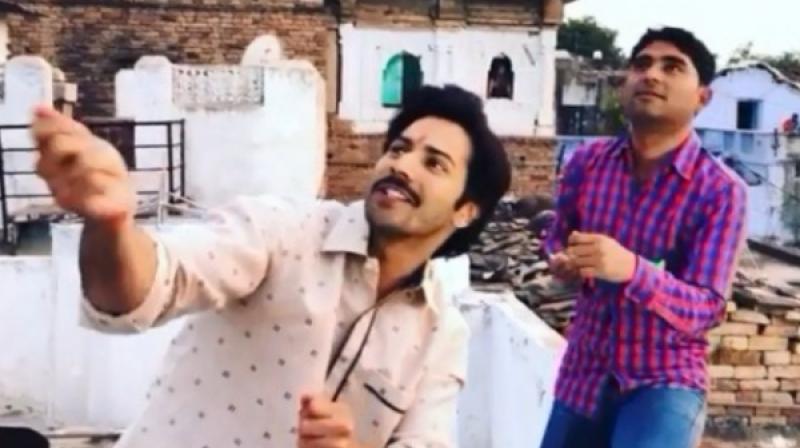 Mumbai: Varun Dhawan is currently shooting for 'Sui Dhaaga - Made In India' in Bhopal, Madhya Pradesh alongside Anushka Sharma, who plays female lead in the film. The 'Judwaa 2' star shared a video on his Instagram page in which he is flying the kite in his moustache look from the film.

While talking about the film, Varun had earlier said, ‘’From Gandhiji to Modiji, our leaders have always endorsed the mantra of Made in India. With Sui Dhaaga, I am proud to take their message to millions of movie lovers in a way that is entertaining and relevant. I really liked the script that Sharat had written and I am happy that I am teaming up with YRF on this one. Anushka and I are pairing up for the first time so I am sure there will be fireworks.”

Produced by Yash Raj Films and helmed by Sharat Katariya, 'Sui Dhaaga - Made in India' is slated to release on September 28, 2018.