Entertainment   Bollywood  24 Feb 2018  We have to go back to being individuals again, says Rani Mukerji
Entertainment, Bollywood

We have to go back to being individuals again, says Rani Mukerji

The actress who is busy promoting her new film after a hiatus of four years lets us in on motherhood, movies and more. 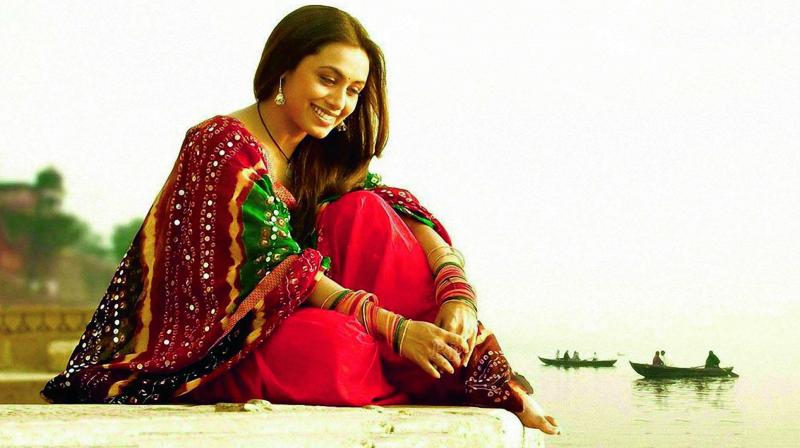 A mommy to Adira, a devoted wife, and now spearheading the movement against discrimination with her new movie and already-hit song, Hichki, actress Rani Mukerji is back. The film focuses on the hiccups that create discrimination in society from the perspective of a teacher suffering from Tourette Syndrome.

The message in her film resonates today in diverse walks of life, and the actress who had a beautiful tryst with cinema, and then turned with equal fervour to married life, as wife to the reclusive Aditya Chopra, was in Bengaluru to promote her film amidst 500 accomplished women achievers at the 8th International Women’s Conference,  Life: A Mystical Journey, at the Art of Living International Centre, “It was wonderful being with women achievers and hearing how they turned disadvantage to advantage and their fascinating stories of success against all odds. Truly inspiring,” says Rani who spent time with Sri Sri Ravi Shankar, enthusing, “I think the Art of Living philosophy is so ingrained in our lives. Imparting knowledge to the youth on the different kind of discriminations prevalent is what my new film is about. It is about a girl who turned disadvantage to advantage, and imparts that knowledge as a teacher to the youth of the country. How women turn weakness into strength. It was a great platform to share about the film that is similar to the philosophy Sri Sri imparts. I spoke about the ‘hichkis’ we have in society. Being with Sri Sri was wonderful. I am a huge fan of the Art of Living music and bhajans, in fact that was my favourite music to listen to during pregnancy. I would listen to my favourite Achuthan Keshavan, which filled me with a sense of peace. It was so helpful and cathartic.” 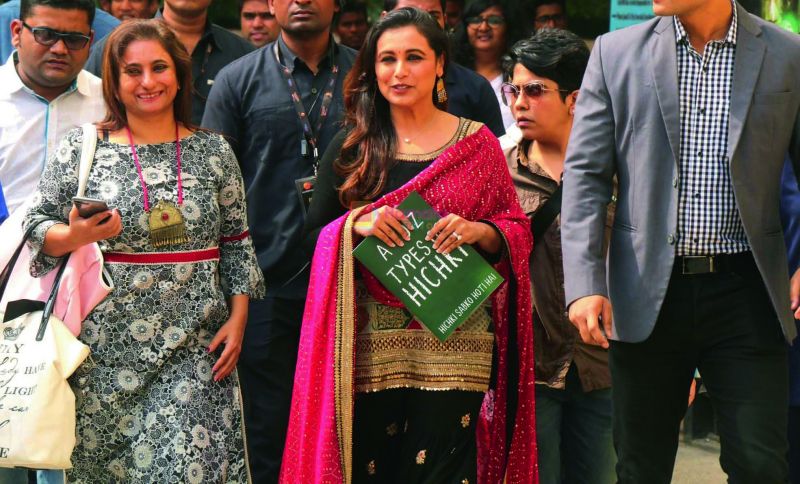 Like any mother, Adira is her be-all and end-all, and she is prompt to correct our pronounciation, “It’s Adira, pronounced Adheera,” and then jumps into how motherhood has enriched her, “During pregnancy, every woman undergoes changes, physically and emotionally. Now, holding Adira and seeing her, my 100 per cent focus is on her. Everything I do is according to her. It is such a miracle. How amazing it is to see and realise that she is the life we made together, and the different milestones she has crossed. It just fills me with amazement, every time, ‘Did we really make her?’ I keep asking myself sometimes about this beautiful gift that god has given us.”

Her new movie comes slam dunk in the middle of a need of intervention against all types of discrimination, and Rani is thankful that her comeback film is Hichki, inspired by the autobiographical novel Front of the Class by Brad Cohen, “The film I chose after having a child had to be very, very special. I needed enough of an incentive to leave my child to go to work. It is an inspirational story about how this teacher Brad Cohen, who suffered from  Tourette Syndrome, tried to work hard to make a difference for disadvantaged children and tried to overcome his affliction. Most of India even today is unaware of the syndrome, parents are also not that forthcoming. We address that subtly. I met Brad on skype and we discussed many things, I spent a lot of time observing him to understand his life, got to know about the syndrome, and it helped me,” says the actress about her comeback.

There is a halo of peace and confidence about Rani when it comes to Adira, “As women, we are mothers, daughters, sisters, but beyond that we are individuals. Sometimes women tend to forget their individuality when they have a baby and immerse themselves completely in mothering. While I am totally consumed in love for her and so is Aditya, we have to go back to being individuals again. There has to be the right balance between personal and professional and it’s sad that even in our society, there is a hichki, as society tends to look at a mother who leaves her child to go to work, negatively, but they don’t attribute the same to men. We are the people we are. Aditya was very supportive and pushed me into getting back to doing what I loved, films,” says Rani.

The couple who shy away from the public eye have a strong marriage and their daughter has filled their lives with love, and the mommy adds, “Luckily, it was my husband who encouraged me when I took time off during pregnancy, he was very supportive. It is he who constantly reminded me to get back to work. He understands and respects that I am a working mother, which is great. We are going to have Adira all our life, he said, and kept reminding me constantly that I should get back to being who I was. That completes the person I am, as a mother, wife and an actress.”