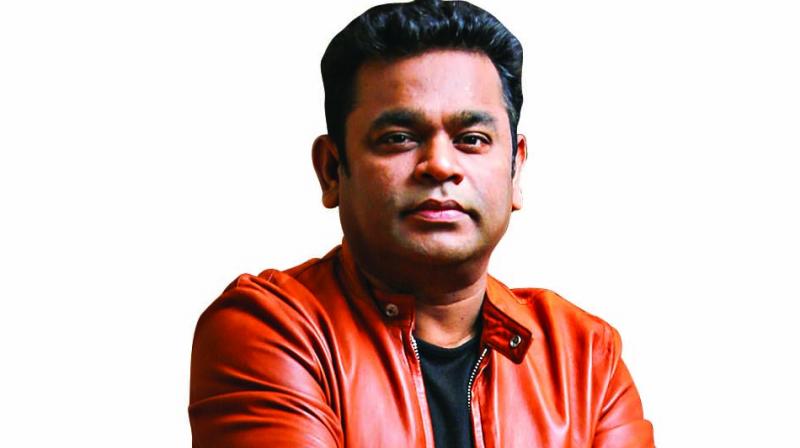 A woman's sexuality has As the clock strikes midnight, a sleepy child’s head bows to slumber and a worried mother hovers around... Exam time is stressful for all, but what if the study material too has a musical twist in it?

A music film video by maestro AR Rahman, is the latest to jump on the 'rap' bandwagon with a series titled 'fearless songs.' AR Rahman takes to the stage to convince students not to worry, as they rap and dance to a song about English grammar. Fikar mat karo... (Don't worry) he sings, as the confused children try to understand English grammar. The other videos in this series are shot in Bengali and tackle two other subjects that typically give children nightmares. This latest addition to the on-going series was uploaded on to YouTube.

The video starts with a child struggling with learning English tenses, dazed and confused while trying to understand from his course book. Then comes AR Rahman appearing as the English teacher, telling the child about a simple hack to remember the topic using music. Through a grand finale, the child understands how tenses are to be used.

Introducing a refreshing take on learning, Rahman has produced this interactive music video for kids. The initiative is focused on providing alternate learning techniques that could help in better memorization for kids through music.

Sharing his experience Rahman says, “I believe it is important for me to connect to the gen-next ‘s cause during the collaboration. Horlicks was a part of my childhood, like I grew up with music, and the brand resonates with me. Music brings out the best in children and with “Fearless Songs” we intend to add a musical twist to learning and reduce the immense pressure kids face during the exam season, enabling the journey from fearful to fearless!”

‘The Fearless Songs’ journey, which began in 2018 in Bengal, collaborated with famous singer – Rupam Islam, to make learning easier for students. In an interactive video, Rupam Islam demystified the intricate formulae of Chemistry by associating them with our daily lives. With a remarkable success and response for the first song, the campaign was introduced nationwide.

Just that AR Rahman makes a similar attempt with Tenses this time. The maestro explains the Present Perfect tense through his composition with a HPP hack. The selection of topics for the songs (Chemistry formulae and Tenses) is backed by research and these were shortlisted basis the Google search data for middle school children.

Talking about how such songs act as stress busters, Iman Chakraborty, a class 12th student, feels, “I think it’s a good thing for children who are scared of exams. And yes, ofcourse they act as refreshments and motivators.I found the song that has been created by none other than Rahman this year filled with uniques ideas that can helpstudents to deal with their fear for respective subjects. At the same time, students can have a fun time in between study hours that help them gain new energy for the next session.” A song related may not have the power to eliminate stress but for that five minute, but it is definitely a better option than listening to any other songs that may distract a student.

The idea stems from the fact that music plays a key role in unlocking learning and memorization. With music, even the most annoying topics can be transformed into enjoyable songs, possibly helping kids to be more attentive and concentrate better. ‘Fearless Songs’ will help kids to shed exam jitters and greet each challenge with a fearless smile. The film has been created by FCB India.

According to Swati Bhattacharya, CCO of FCB, January to March are exam pressure months all over India, that’s 90 days out of 365 gone out of a child’s life. “So, the brief we gave ourselves was how could we bring the childhood back?

By using Rahman’s music as a tool to help the child prepare for exams, we helped reduce fear and made preparation more enjoyable. The fearless songs were written keeping the curriculum of children in mind, helping them not to memorise, but understand and retain them better,” she recalls.