Siddhant' performance in 'Gully Boy' has garnered immense appreciation from all quarters. 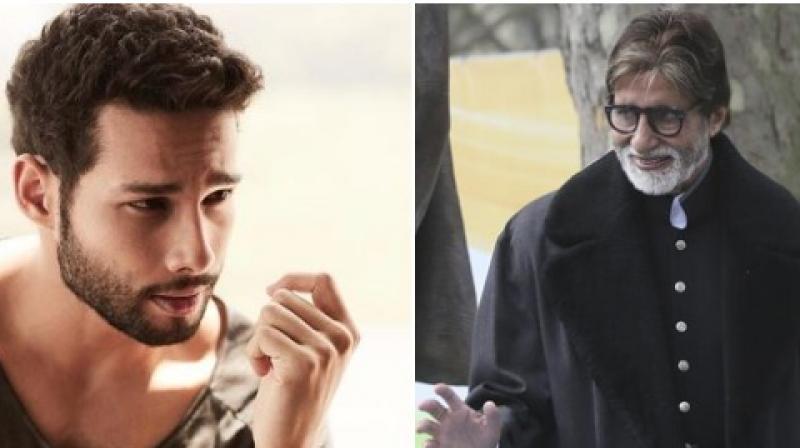 Mumbai: Ranveer Singh and Alia Bhatt-starrer 'Gully Boy' received an overwhelming response for its powerful dialogues, rap songs and the acting prowess of the lead pair. However, there is one more person who received a lot of appreciation in the film apart from Ranveer and Alia. And it is none other than Siddhant Chaturvedi, who made his Bollywood debut with the film.

The actor, who played the role of MC Sher in the film, took to his Instagram to share a heartfelt note after receiving a special letter and bouquet as a token of appreciation from Amitabh Bachchan.

He posted his picture, posing with the bouquet and letter sent by Big B. The newbie was all smiles and expressed happiness with a caption in Hindi. Siddhant thanked him for the letter and said that he hopes to meet him in person one day.

He posted another photo, giving a closer look at the letter.

Siddhant' performance in 'Gully Boy' has garnered immense appreciation for his portrayal of rapper MC Sher- Ranveer's mentor in the film. The actor managed to win over the audiences with his charm and acting skill.

Siddhant's character helps Murad, played by Ranveer, discover his talent and helps him showcase it in front of the public despite all odds. He turns out to be one of Murad's confidants and a guide in the film.

The actor started his career in a web series called 'Life Sahi Hai' which was produced by Luv Ranjan. Following that, he bagged the role of a cricketer in Amazon Prime's original series 'Inside Edge'.

'Gully Boy' is inspired by the lives of Mumbai street rappers Vivian Fernandes aka Divine and Naved Shaikh aka Naezy. The film revolves around the underground rap movement in India and all the songs of the film have become extremely popular.

The film directed by Zoya Akhtar, hit the theatres on February 14 and is a huge success. The film has already crossed Rs. 100 crore mark.