In February, the Juhu police had arrested Khanna for allegedly harassing and stalking Ms Aman. 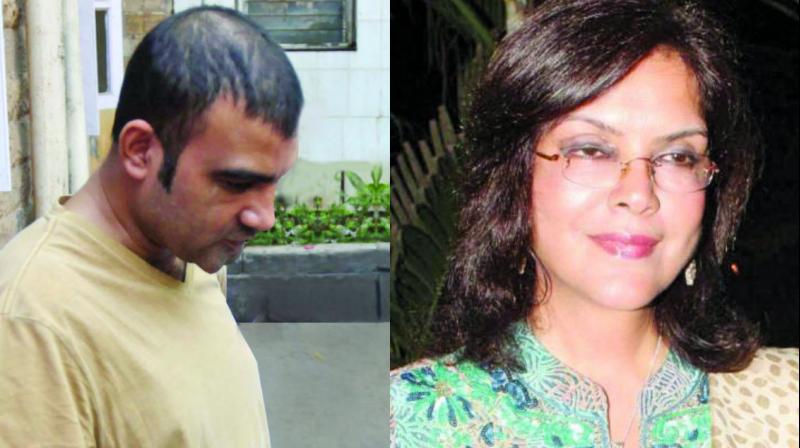 Ms Aman alleged that Khanna raped her on several occasions between 2011 and 2016. She also alleged in her complaint that he usurped five flats by forging property documents and sold off her jewellery worth Rs 15.4 crore.

Ms Aman filed the complaint at the Juhu police station on Thursday night, which was later transferred to the Crime Branch.

In February, the Juhu police had arrested Khanna for allegedly harassing and stalking Ms Aman. He was later granted bail by a court.

According to police sources, Khanna befriended the actor and usurped gold and silver jewellery worth Rs 15.4 crore for his business. He allegedly also made a fake marriage document ‘Nikah Nama’ and raped her repeatedly.

The prosecution on Friday argued before Magistrate R.S. Aradhye that they needed Khanna’s custody to investigate the forged documents, check the Nikah Nama documents and his bank transactions. The police also wanted to confront the accused with the jeweller to whom he allegedly sold Ms Aman’s jewellery.

Khanna’s lawyer Kishor Gaikwad argued before the court that the allegations levelled against his clients are false. Mr Gaikwad claimed that there is no question of rape as Khanna and Ms Aman are married since 2013. He also produced the copy of the Nikah Nama in the court. Mr Gaikwad argued that in 2016, Ms Aman had even gone to perform Umrah and had travelled to Makkah and Madina in Saudi Arabia with Khanna. “Their visa details also reveals them as husband and wife,” Mr Gaikwad said. He added that this was nothing but a matrimonial dispute between a husband and wife.

He claimed that the trouble began when Khanna got addicted to certain painkiller due to his illness and became aggressive. “This soured their relationship. Later, Khanna even filed for restitution of conjugal rights in a local court but his action didn’t go well with Aman and hence she allegedly file false complaint against him,” Mr Gaikwad said.

After hearing the arguments, Magistrate Aradhye remanded Khanna to custody of crime branch till March 28.