Curiously, Vivek Oberoi’s father Suresh Oberoi is mentioned in the credits of the trailer as one of the film’s producers. 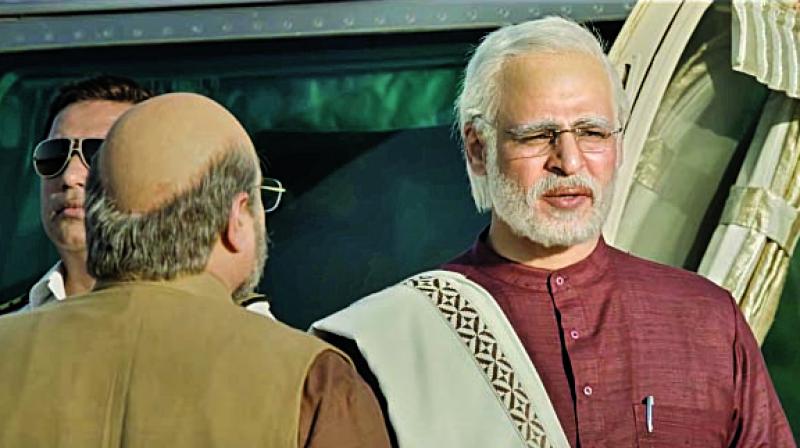 Still from the trailer

The much-vaunted Narendra Modi biopic PM Narendra Modi has been bearing the brunt of the biggest troll torrent in recent times. Blatant attempts to project the Prime Minister, as seen in the trailer, as the messiah of the downtrodden have the Twitterati in splits, so much so that prominent sections within the BJP are worried if this film will actually serve the purpose of taking Prime Minister Modi towards victory or would it drive the potential voters away.

Says a BJP loyalist, “Let’s not judge the film before it is released. But yes, the trailer is not what we expected it to be. The presentation could be more classy.”

What about the historical facts such as the 2002 Gujarat riots, which seem to have been swept clean out of view?

“It is not a whitewash job sanctioned by the prime minister, we can tell you that. Nor is it a propaganda film funded by the BJP. We didn’t ask for this film to be made,” says a well-placed source who feels the PM may just distance himself completely from the biopic. “If the heckling continues, PM Modi would not associate himself with this film,” says a party representative.

Curiously, Vivek Oberoi’s father Suresh Oberoi is mentioned in the credits of the trailer as one of the film’s producers. Omung Kumar who directs this biopic is no stranger to the genre. In the past, he has made films on Mary Kom and Sarabjit Singh. However, apparently this time, Omung was given a blueprint on how to process the biopic in a particular mood.