The film will be made in Hindi and Tamil and probably in other languages too. 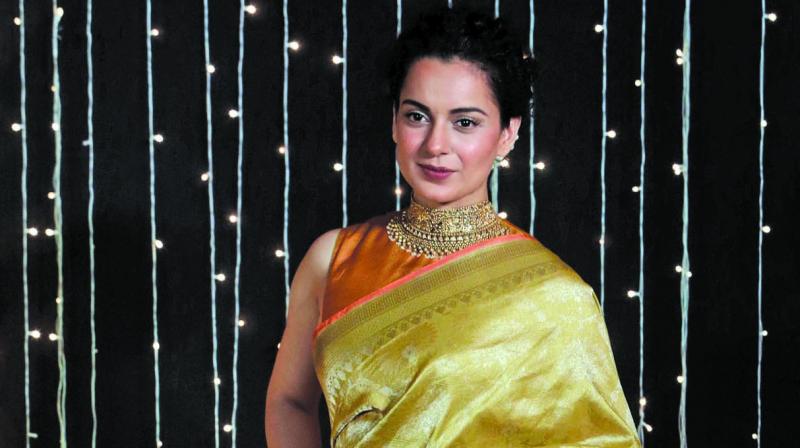 The biopic, probably entitled Amma, is likely to go on the floors in September. It is to be directed by Tamil director A L Vijay, a protégé of the prolific director Priyadarshan who has directed several successful films including Devi, Lakshmi and Watchman. In 2016, Vijay made his unsuccessful Hindi debut with the Prabhudheva-starrer Tutak Tutak Tutiya.

The Jayalalithaa biopic will be made in several languages.

Confirming these facts, veteran writer Vijayendra Prasad, who has penned Baahubali for his son SS Rajmouli, says, “Yes, I am writing a biopic on Jayalalithaa. Kangana Ranaut, for whom I wrote Manikarnika, will be playing the iconic figure of the great Jayalalithaa. The film will be made in Hindi and Tamil and probably in other languages too. It’s not been decided yet. It’s all been too sudden. I was asked to write the biopic on Jayalalithaaji just some days ago. I  immediately agreed.”

Vijayendra Prasad sees this as the biggest challenge of his career. “It is a great responsibility. I know others are also trying to make a film on Jayalalithaaji. She is a very complex character to cover in a film. An actress par excellence who went on to be a revered, worshipped and anointed politician. The various stages in her life have staggering layers. It will be a challenge to select which phases in her life would go into the film. I have to make sure that my research is correct and the facts that go into the film are precise. Otherwise, her fans and  followers would not forgive me.”

Although the veteran writer has written a biopic earlier as well, he feels this is his first real biopic. “With Manikarnika, we could take imaginative liberties. She is a historical figure from the past and there is not that much data on her activities. Whereas with Jayalalithaaji, every incident in her life is recorded. We can’t afford any flights of fancy.”

Working with Kangana, says Vijayendra, would be a pleasure. “She is very excited about playing Jayalalithaaji. I know she will do her own homework and I will do mine. We have to make sure that we do full justice to a lady who changed Tamil Nadu’s politics forever. It is a big responsibility for Kangana and me.”