However, the poster affected Swara to such an extent that even Amazon withdrew one of their endorsement videos featuring her. 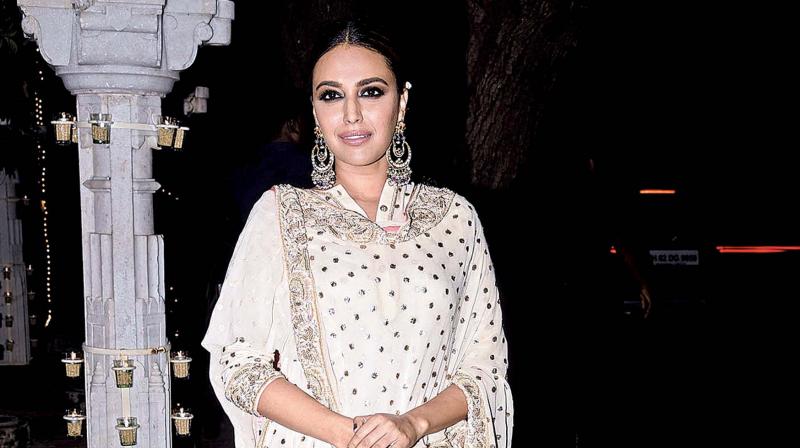 Swara Bhaskar faced heat on Twitter after posting a protest poster against the Kathua gang rape, as #BoycottAmazon trended. Amazon took down a video endorsement by the actress but what options do brands have in such situations?

Soon after Swara Bhaskar spoke out against the rape of an eight-year-old girl in Kathua and openly voiced her opinion, the actress was at the receiving end of hatred. While Twitter was flooding with hate messages for the actress, it had a direct impact on her association with Amazon as a brand ambassador. So much so that people decided to boycott Amazon if the actress wasn’t removed as the ambassador.

Many other Bollywood celebrities, like Kalki Koechlin, Huma Qureshi, Javed Akhtar, Anushka Sharma and Sonam Kapoor, also posted the protest poster that Swara put up a picture with while others protested against the rape in their own ways.

However, the poster affected Swara to such an extent that even Amazon withdrew one of their endorsement videos featuring her.

While such tensions hamper the brand, it also threatens to hurt the economy. Brand managers and experts tell us what goes behind building a strategy in such a time and if it’s right to completely distance themselves from it.

As this outrage against the actress led to many cancelling their orders on Amazon and posted #BoycottAmazon all over social media, Amer Jameel, chairman and CCO, Mullen Lintas, believes that these voices going against her don’t represent the large majority. 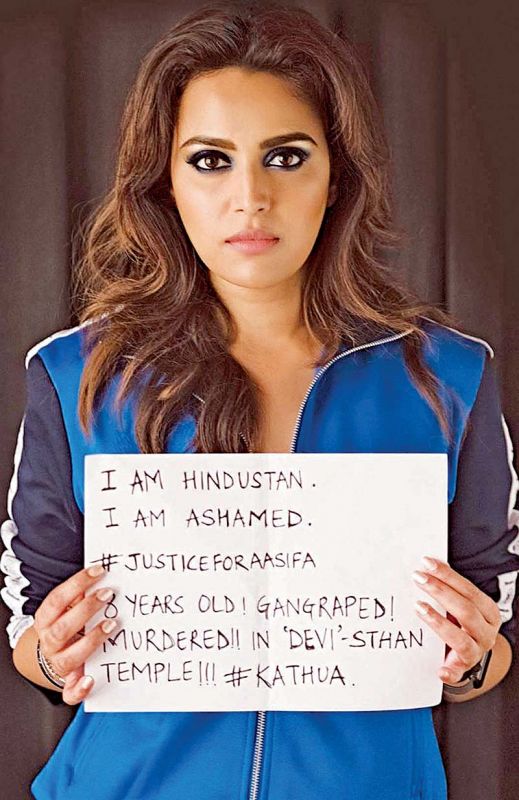 He says, “These people are specific activists and are struggling to create an image of the celebrity in their own head. Well, the obvious choice for a brand or a marketer in such a situation is distance itself, either from the advertisement or the celebrity. But times have changed; today, people’s memory is short. A few months from now these same people will be protesting against something else.”

He goes on to add, “In such a time, a company has two ways to act: Either, it can lie low for a few months and come back with a renewed script but the same celebrity. Or, it can use this tension in their stride and support the celebrity for having voiced her personal opinion, which has nothing to do with the brand. The brand can use the celebrity’s cause to build a better case for them and social media has a crowd for that as well.”

One cannot run away from the political environment in the country as it affects each part of our lives. But that might not be the right way for brands, thinks Harish Bijoor, a renowned brand strategy specialist.

“Companies and brands need to realise that we live in a political economy where politics dictates a lot. In such a scenario, brand ambassadors should completely remain apolitical. They cannot afford to take sides and shoot off tweets that would pit one side against the other. At the end of the day, the one person who will have to pay the price is the brand itself,” he says, adding, “Before appointing a brand ambassador, the company should also do a proper due diligence to know whether he or she has the habit of taking a stance on political issues. The final contract should also incorporate a clause, which will restrain a brand ambassador from taking a political stance as long as he or she represents that brand.”

On the other hand, designer Ritu Dhawan from ‘Just in Time Fashions’ says, “Taking Swara Bhaskar or to say any other celebrity off from any platform like that of Amazon is a nuisance. To count Swara Bhaskar’s words as anti-India statements is just being judgemental. Political parties should see that what is being pointed out needs to be improved, rather than picking it up as anti-India statement.”

Suraj Sharma, an MBA student, concurs. He says, “While it is important to understand that business works in symbiotic relationships with many political and corporate forces, and maybe at times a brand is made to take decisions due to such associations and pressures, one has to take an ethical approach.”

He further explains how such incidents can even help brands. “If Amazon had taken a stand in support of Swara, it would have helped their image for better. So what if you lose a few customers who are protesting against someone who is raising their voice for the right cause? It would have only made Amazon look like it follows ethics. By removing a video of Swara, it has only shown weakness. Some things should be non-negotiable, especially when it comes to things like rape of minors,” he concludes.