Zeenat Aman on a roll

The actress will be working with Kapil Kaustabh Sharma, whom she has shared screen space with in Dunno Y Na Jaane Kyun. 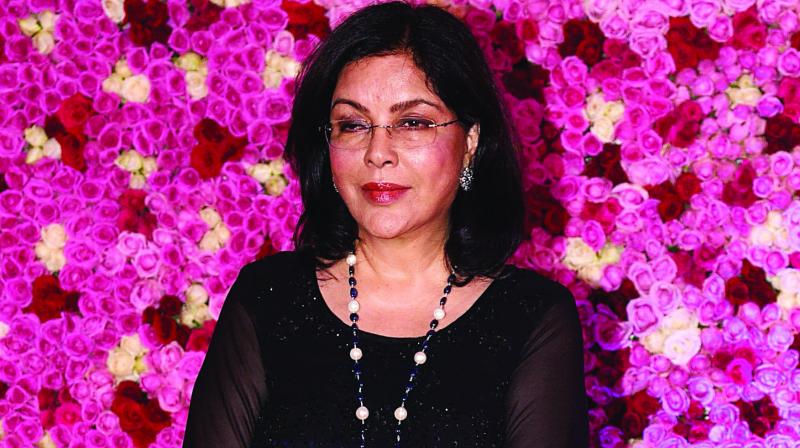 The evergreen and the epitome of grace Zeenat Aman is going to be a part of a slice of life web series called Love, Life, and Screw Ups, where she will be portraying a modern woman with an unhealthy dating life.

The actress will be working with Kapil Kaustabh Sharma, whom she has shared screen space with in Dunno Y Na Jaane Kyun. Her former co-star will now be directing her for the new-age web show.

Speaking about the project, Zeenat says, “It’s the first time I worked on a web with two seasons. I really enjoyed the character of Joanna, who is over the top with everything. But it is because she is hiding deep pain. Joanna was a fun and interesting character to play.”

She adds that the second season of the show was her fourth project with Kapil. “I observed his growth from being an actor/ writer to a director. And I was always comfortable working with him,” she adds.

Meanwhile, Kapil was also all praise for Zeenat. “I’ve been a huge fan of Zeenatji since my late childhood, and now to be able to share the screen with her and on top of that to get to direct her is a great honour for me. We’ve worked together in the past for the Dunno Y series and had bonded well at that time. She only suggested that I take up direction, and persisted that I am in-charge after we worked together the last time. Her motivation has driven me forward and has helped me learn a lot. As an actress, she’s fabulous and gets to the nerve of her character to justify it to the core,” he says.

Love Life and Screw Ups is a modern day slice of life web show, which depicts the different obstacles one faces in life and what they lead them to. Apart from this, Zeenat Aman will also be seen in Ashutosh Gowarikar’s Panipat.