‘I took charge of the sex scenes’

Initially it was who’s this girl who has replaced Chitrangada Singh in Babumoshai Bandookbaaz. 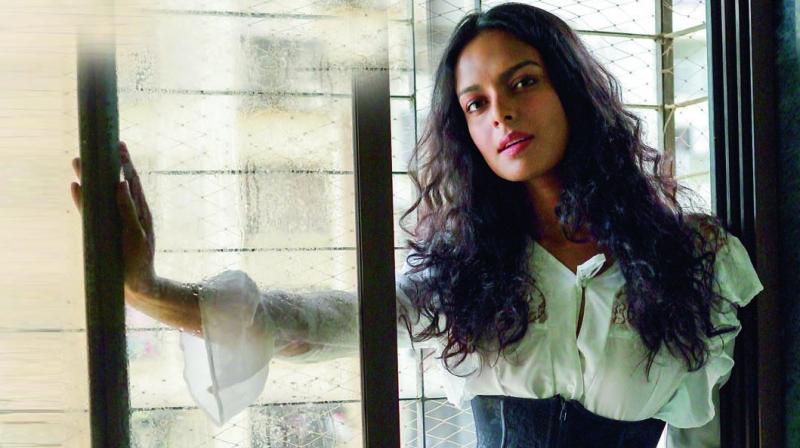 How did your Delhi trip turn out to be?
We went to schools and colleges to promote the movie. Oh! Sorry not schools since the film has got an A certificate. Also, my brother is a professor in Delhi School of Economics. So, I’ve been coming to the city to meet him and for fashion shows. I find the city quite a fashion capital as people here have a good sense of styling. I have done budget shopping in Sarojini Nagar. The people here are always welcoming. I’m also happy that radio cabs have become popular in the city as earlier one had to take autos, which used to charge a bomb.

You have done a couple of Hindi films earlier but this is being billed as your big-ticket entry in Bollywood.
I had done independent films before this. This is my first big commercial film with a huge star in the lead. I am hoping people will like my performance in the film and it becomes a hit. My initial films were done during my modelling days, where I was still learning the ropes of the craft. That was all net practice. I am playing the match for the first time.

The sex scenes became the talk of the town after the trailer and song launch. How easy or difficult was it for you to do them?
I have done intimate scenes before, but for Nawaz, it was really the first time he was doing an elaborate lovemaking scene. I don’t know exactly why Chitrangada quit the film because the sex scenes had already been shot. But whatever happened benefited me. I kind of took charge of the sex scenes. Initially, they were shot in a very conventional Bollywood style and the rawness and rustic feel was missing.

I could sense the discomfort on director Kushan Nandy’s face but he wasn’t saying much because already one actress had walked out of the film. I told him to relax and tell me if he wants a retake and he nodded. I feel if we have to do a sex scene, we should do it properly. There’s no vulgarity in those scenes and Nawaz doing such scenes should surprise people. There are people who are liking it and then there are also people who are trolling me, maybe because they are too sanskari.

Talking of sanskari, Pahlaj Nihalani got sacked few days after your film was given 48 cuts. Were there any celebrations?
Forty-eight cuts are now a thing of past and now we have only eight voluntary cuts which the filmmakers agreed to retain. It was overwhelming that the whole film fraternity came to support our film and I don’t think the team of Babumoshai Bandookbaaz should celebrate alone. It’s a collective victory. The developments are a good news for the whole industry.

One of Nawaz’s recent tweets brought the issue of racism to the fore. Did you ever face any kind of shaming?
Not just fairness, people are shamed for all kinds of reasons. I was told that you’re too tall and skinny and you’ll never get a suitable match. When you study after graduation, people shame you saying that you’re too educated. If you focus on your career in your 30s, you get too old to marry. So, all an individual can do is ignore all this and concentrate on his own life.

Tell us about your character in the film.
Phulwa is nothing like me except for the fact that we are both brave. She is very bold, naughty and fiercely independent. She is a contract killer’s girlfriend and it’s not easy being one. She has her own survival strategies in place. She never lets go of opportunities of making money. She even charges people for staring at her. I feel the character was tailor-made for me. In Hindi cinema, heroines usually play eye candy but my character has a lot of substance.

After this film, what projects will keep you busy?
I am doing a couple of very different films. One is T for Taj Mahal, which is a children’s movie. Then I’m doing a biopic on social activist Daya Bai. I’ll not let myself be typecast by doing such diverse roles.