According to a source, the actress has been making efforts to win over Kartik’s parents. 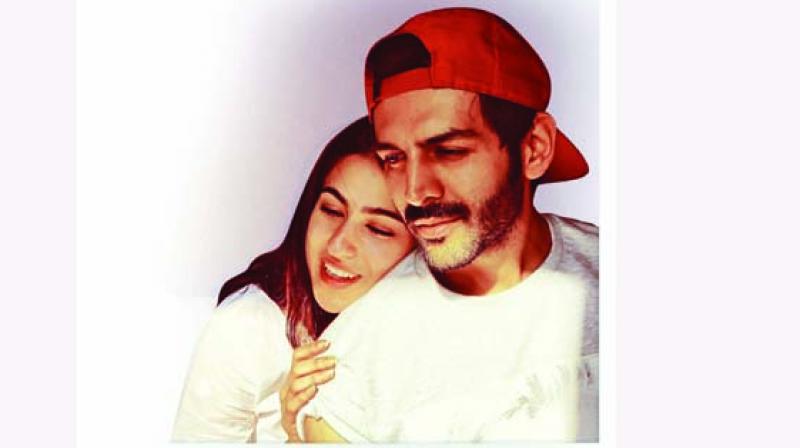 It looks like Kartik Aaryan and Sara Ali Khan have found true love in each other. The relationship, which started on a  light flirtatious note, has apparently now reached the two families.

Sara dropping in at a Mumbai hospital to meet Kartik’s ailing father is indicative of how warmly she has been accepted by Kartik’s family, and he by her family.

Says a source close to the development, “They are definitely serious about one another. Sara’s mom (Amrita Singh) really likes  Kartik. Perhaps he is Sara’s first boyfriend that her mom approves of. Kartik’s parents are conservative smalltown folks, belonging to a very different culture and lifestyle from the one that Sara comes from. She has made an effort to win them over and have succeeded.”

Sources say both Kartik and Sara share a common trait. They are guileless. So is this relationship heading to the altar?

Says the source, “Sara and Karik are young.  Let them have their fun. Shaadi baad mein dekha  jayega (we will see about marriage  later).”

Interestingly, Saif’s father has so far not commented on her relationship with  Kartik. When Saif and Sara were on  Karan  Johar’s chat show some months ago, Sara had shown her fondness for Kartik.

Saif had (jokingly) responded saying he didn’t mind as long as  Kartik had money.

Looks like Kartik has plenty of other qualities that money can’t buy.