How original is Padmavati’s look?

With Deepika’s royal avatar creating a great deal of buzz, we try to find out if her look is authentic. 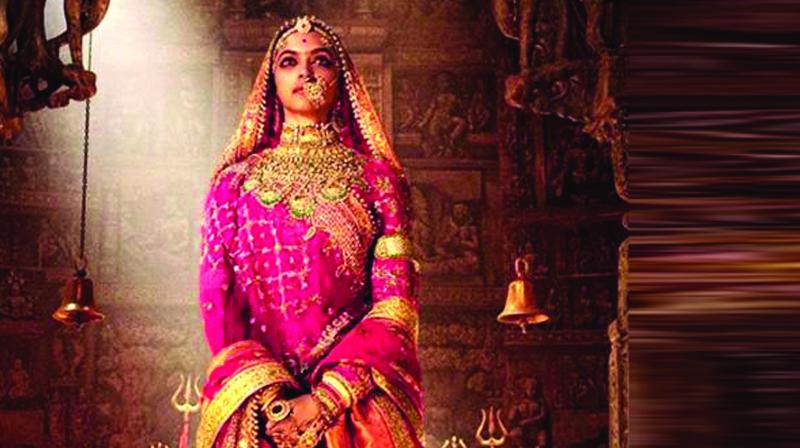 Padmavati’s poster featuring Deepika Padukone as Rani Padmini has been the talk of the town ever since it released. From the unibrow to the jewellery to the lehenga choli she dons, every single element of her look is being scrutinised. Her royal avatar has attracted both bouquets and brickbats.

In a bid to decode the opulent look, we speak to Rimple Narula, who along with Harpreet Narula, has designed the costumes for the film.

“To be honest, there is still a debate around the story of Padmavati, with some people claiming it’s untrue. And so, the story in itself is part fictionalised. However, that doesn’t mean we took any of this lightly. Elaborate research has gone into every single look in the film. The story took place during the late 11th and early 12th century and the look Deepika dons in the film is in sync with the royalty of those times,” shares Rimple, whose research on royal attire began when she and Harpreet worked on their collection Maharaja and Company.

Elaborating on the effort and research, Rimple reveals, “For us, work on the film began sometime around June, 2016. Ever since, we have been compiling every small detail that is available to us. From understanding the fabrics which were in use at that time to gauging the likes and dislikes of the Rajput community, we left no stone unturned. For a film that is set to be a visual extravaganza, the costumes play a huge role in taking the narrative forward. We didn’t want to err in that area. Even the colour scheme had to be chosen with extreme care. Different colours are preferred for different occasions. They prefer a set of colours for anything auspicious and have a set of colours for mourning. When we work on a project on such an elaborate scale, the research is of paramount importance.”

Ask her if she was worried about weighing down the actors with such heavy costumes, Rimple shares, “Sanjay Leela Bhansali constantly uses the word ‘pure’ to describe what he is looking for and that’s exactly what we have done. The fabrics used throughout the film are organic, which makes them airy. Everything is handwoven. A lot of intricate work has gone into every aspect. Yes, many have been talking about the weight of the costumes, but we haven’t created something that is impossible to don. The royalty did dress like this at that point in time.”

Last, but not the least, is the heavy jewellery that Deepika is donning in the look. In the first glimpse, it seems the actress could be extremely uncomfortable in what she’s wearing. And rumour is it weighs around 20 kg!

Not entirely accurate
Prateek Chauhan, of the Jodhpur Tailors, who works with the royal family of Jaipur says that although the jewellery sported by Deepika in the poster of Padmavati seems authentic, the Rajputi attire she has donned has been improvised. “In one picture, Deepika is seen wearing a full-sleeved blouse. The weather of Rajasthan is hot, so people don’t wear full-sleeves. The choli too is not looking very authentic. Back in the day, queens used to wear angrakhi kurtis, which were light. In fact, Rajasthani women can still be seen sporting an angrakhi,” says Prateek, adding, “The pardah system back then was quite strict and hence the queens were asked to be in a ghoonghat at all times, which Deepika is not donning in her look.”

Talking about the popular colours used for clothing during that era, Prateek says, “Red, bright pink, yellow and saffron were the colours. Though Deepika’s attire has similar colours, she can be seen wearing green in one of the pictures. Colours like green, blue and blacks were very rare and generally associated with mourning. So it’s very obvious that the look was designed keeping today’s fashion in mind.”
— As told to Namrata Srivastava