I gave a voice test only to meet Rajamouli, says Sharad Kelkar

Sharad Kelkar talks about his recent outings on the big screen. 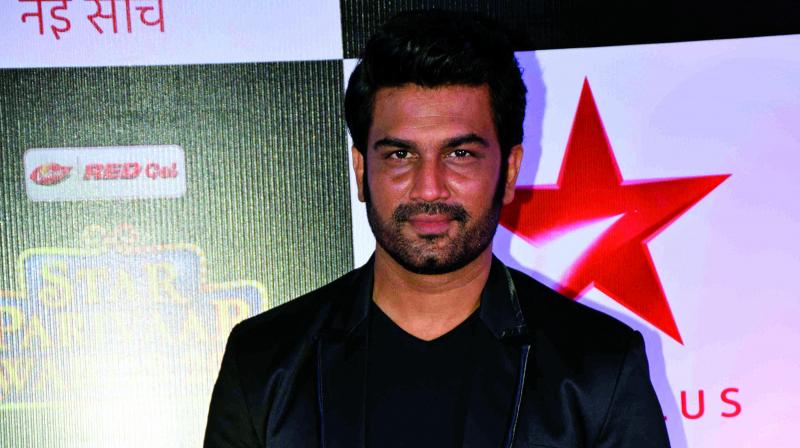 Television actor Sharad Kelkar, who is currently seen on the big screen in Sanjay Dutt’s Bhoomi, is seen playing the role of an antagonist. The actor confirms that his role is an out-and-out negative role. Talking about his character, he says, “I play a larger-than-life role. These villains have been missing in our films of the last few years. The last such character was played by Sanjay Dutt as Kancha Cheena in Agneepath.”

The film’s director, Omung Kumar, gave Sharad a free hand at playing the role. He says, “Omung sir gave me the opportunity to play the role how I want it. He has restored each and every scene in the film.”

In fact, the actor is keen on taking up a biopic on any gangster. He says, “I will be happy if I get to play a gangster in the near future. I think my physicality and heavy baritone is suitable for playing a villain.”

The actor also dubbed for actor Prabhas’s character in the Baahubali 2 for the Hindi version of the franchise. “I agreed to give my voice test for Baahubali 2 just so that I could meet S. S. Rajamouli!” he laughs, adding, “I am happy that he liked my voice and appreciated me. I am hoping to be working with him in the next film.”

Sharad’s credits his wife Keerti Gaekwad Kelkar for getting him to attempt something new. He reveals that she even called him a “not so good” actor while shooting together for Sindoor Tere Naam Ka. He says, “I remember doing my first scene with her. She told me much later that she thought I could never be a good actor. It is because of what I have learnt from her that I am a better actor today.” He continues, “My wife can read 20 pages at a glance. I can never learn my lines as well as her. She is the one who taught me to how learn lines. She is my best critic.”

Over the years, Keerti’s opinion about Sharad has changed now, she explains. “She says she was wrong then!” he laughs.