The actor understands that stardom lies on people’s reaction to the film, and not his surname. 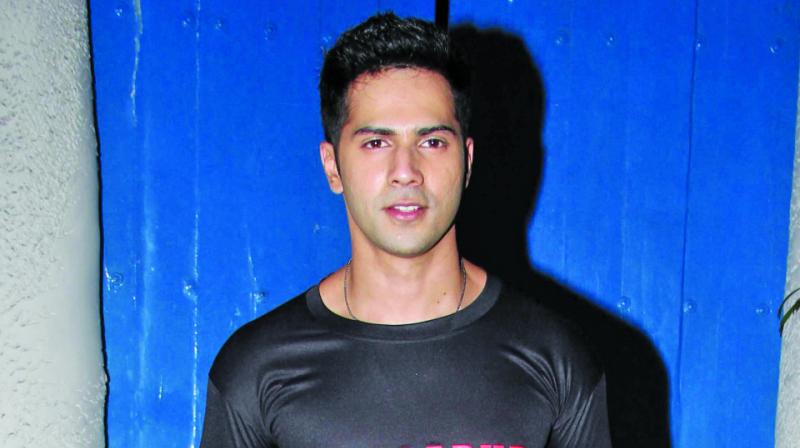 Varun Dhawan, who has stepped into Salman Khan’s shoes with Judwaa 2, understands that audiences will invariably compare him to the superstar. However, as part of prepping for his role in the film, Varun reveals that he didn’t take any tips from Salman before taking up the project. Varun says, “Salman only asked me to retain the hook step for Tan Tana Tan intact. Salman also sent me a bag of jeans, which was fit for Raja’s character. So all the jeans in the film worn by my character are sent by Salman bhai.”

While it is only normal for an actor to crumble under pressure while working on the sequel to film that starred Salman, Varun decided to take it easy. He says, “It’s my father’s film. I ensured that I won’t take any pressure,” he says, calmly. The Badlapur actor further added, “I was stressed for the last 20 days but now with 10 days left for release, I am enjoying it. I am taking it easy. The film has been made on a smart budget. I want to make sure that no one loses their money.”

The actor understands that stardom lies on people’s reaction to the film, and not his surname. “Stardom is solely based on the good wishes of people. Stardom is only because of goodwill. It takes ages to build one’s stardom, but you can lose it with one wrong move,” he asserts.

For Varun, this film is a second outing with his father, after Main Tera Hero. Talking about family ties, the actor is all praise for his father’s body of work. He says, “My father is one of the most experienced directors in the industry today. There were differences of opinion on the sets, but experience always matters. It also helps that when an actor is stuck, he gives him many options.”